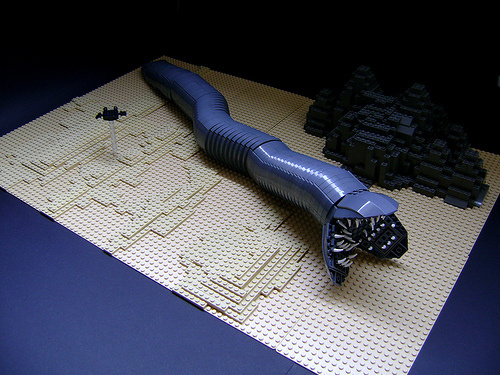 Paul Atreides, House Harkonnen, Bene Gesserit, Sandworms — what’s not to love about Frank Herbert’s Dune? And what better way to immerse yourself in that world than by recreating things in LEGO bricks! If LEGO were to create a packaged set for Dune, the way they have for Star Wars and Indiana Jones, I would certainly buy a couple, and feel no remorse whatsoever playing with them, alone, in my basement. Alas, no such sets have been made, so enterprising fans of less-mainstream sci-fi and fantasy franchises are left to their own devices to create their favorite things from whatever collection of colored plastic bricks they can assemble.

This LEGO Duno gallery shows off some superb brickwork. Be sure to click through to see the Tron and Battlestar Galactica stuff, too! 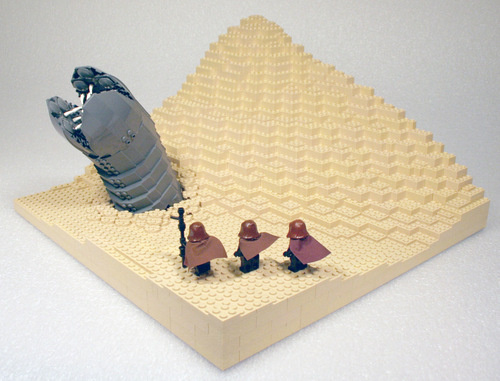