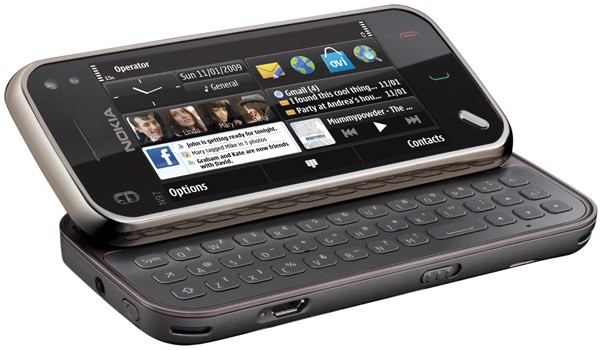 Well, look at that. The Nokia N97 Mini really does exist for some odd reason. The Mini is basically a N97 photocopied at 90%. The screen shrunk to 3.2-inches from 3.5, and the whole bezel is just a tad smaller. But it’s not like the original N97 was a hog. So we’re still wondering why Nokia spent all those resources on such a phone. Ah well.[PSGallery=asutwu4lem]

The N97 Mini should ship out in October with an estimated retail price of EUR 450 although Nokia’s CEO stated at Nokia World 2009 that the phone will be available for free in “many, many markets.” Now, we aren’t sure what markets he’s talking about, but we have a strong feeling that America isn’t one of them. Nokia isn’t loved here like in other places around the globe. Sorry. That’s the fact, Jack. At least Nokia loaded the little guy with all sorts of new social networking functions.