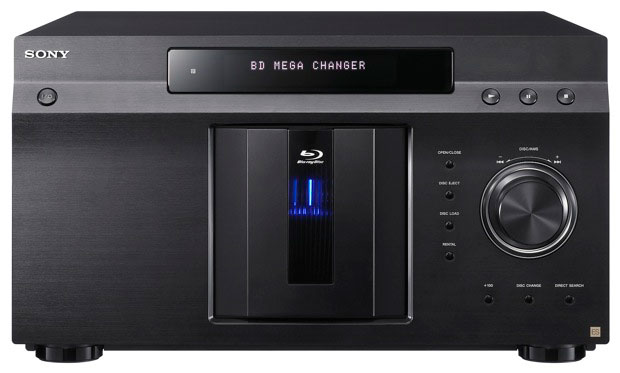 The first reaction most have to these Sony megachangers hasn’t changed over the years. Just insert the name of the appropriate physical media. But yes, some people do own that many discs and so these changers make sense for them. Plus, while digital downloads are great and the future of the average consumer, there are still some folk that demand the absolute best picture and sound which only Blu-ray can provide. Electronic house had a chance to sit down with the ES Blu-ray changer and sent it through the paces.

We won’t ruin all the surprises, but they found the audio and video to be up to the ES standard. But they also came to the same conclusion as a lot of us when the BDP-CX7000ES launched: why the hell isn’t there built-in memory for BD-Live and DLNA support even though less expensive models offer both? Plus, the lack of WiFi is strange for a $1,900 Blu-ray player. It couldn’t cost more than $15 per player to build the right stuff in. But then we would find something else to complain about, so Sony probably can’t ever win. Ah well.