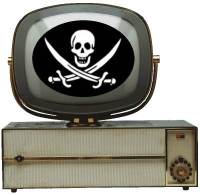 Despite the fact that analog television is dead (at least according to the FCC), some stalwarts are using their proficiency in dead tech to create their own channels, to rival the pirate radio of the 80’s. Seems that it’s actually pretty easy to pick up your own analog tv broadcast setup on ebay, strap an antenna to the nearest chimney, and then start spewing your own content over the airwaves. So easy in fact, there’s an Instructable on how to do it.

It’s fairly simple. Find an empty channel, get a transmitter (there are a couple of options avaiable) and then start broadcasting. The author of the Instructables guide has been broadcasting in New York for the last two weeks apparently, and has been fairly successful. Be mindful of the fact that this is in fact an unlicensed broadcast, and sooner or later the FCC will catch on to what’s going on and probably crack down on the “problem.” For now though, go nuts. Just try not to set up your own pr0n broadcast on channel 2 or something. Old people still have analog TV’s, and probably heart conditions.