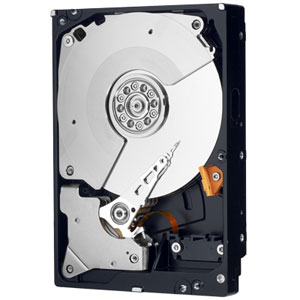 Western Digital just announced two new types of drive, both with 2TB capacities. This doesn’t come as a real surprise, since hard drive capacity seems to be increasing on the same scale as CPU speed lately, and other companies have 7200rpm 2TB drives out right now.

So two new drives, both at the 2TB capacity point. The 2TB Caviar Black is intended for the home computer market, and the 2TB RE4 is for servers, network attached storage, and file servers. Both use the 7200 RPM spin rate, a 64 MB cache, and SATA 3 for transfers. The RE4 however, uses specialized sensor technology to increase the expected reliability rate for network storage purposes. Both have a 5 year warranty.

“Specifically designed for enterprise-class applications, WD’s RE4 2TB drives incorporate the best combination of features, optimum performance, and superior reliability that customers have come to expect from WD,” said Tom McDorman, vice president and general manager of enterprise storage solutions for WD. “Our enterprise products are directly aimed at customers who require additional features and extensive testing that are necessary for high-end enterprise environments.”

The 2TB Caviar Black is currently available from your favorite reseller for $299. The server version (RE4) is for sale only to OEM builders at this time.