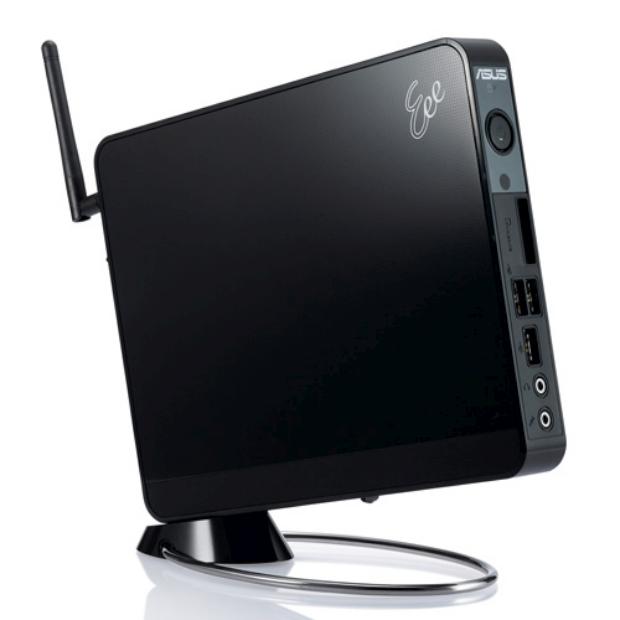 ASUS’ NVIDIA Ion-powered EeeBox PC has gotten sort of official. It’s on ASUS’ website now, at least, although there’s still not much in the way of pricing or availability. The specs look pretty nice, though, with a whisper-quiet setup thanks to a dual-core Atom N330 CPU, 2GB of RAM, 250GB SATA hard drive, 802.11b/g/n wireless, card reader, and, of course, the horsepower to push full 1080p video.

There’s HDMI and VGA output, along with three USB ports and an eSATA port for external upgrades. The system weighs 2.4 pounds and will be available in black or white. The OS is listed as Windows Vista Home Premium, which pretty much means that this little guy will be out before late October when Windows 7 gets released.