If you groaned a groaning groan at the announcement that the PC version of Tiger Woods would be online-only, cheer up. I played around with the beta for a while yesterday and came away impressed.

For starters, the fact that it’s played inside a browser is pretty amazing given the level of detail. The graphics, sound, and presentation are all well-polished, so it feels close to playing a desktop game. Mac owners will be happy, too, as it’ll be playable on their systems. 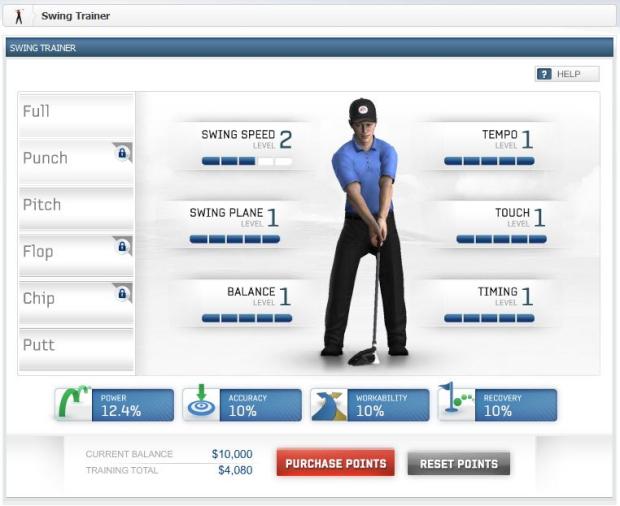 In a nutshell, you create your own custom player and then tweak your stats (swing power, accuracy, etc.) on the Tiger Woods PGA Tour Online website and then launch into the game itself from there. 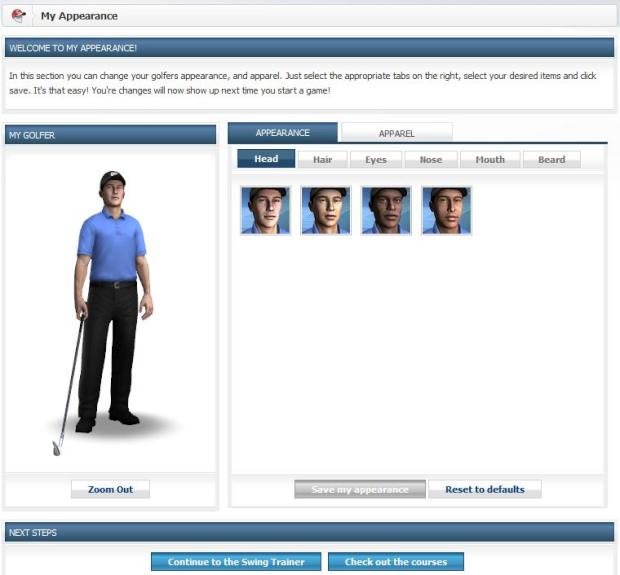 Detailed character appearance and clothing is limited for now while the game is in beta but you’re able to choose from a handful of basic options, with more to come in the future.

There are four courses available so far: Pebble Beach, TPC Sawgrass, St. Andrews, and China’s Sheshan Golf & Country Club. Each are rendered beautifully provided you have a decent video card.

As for actual gameplay, you can choose between a three-click swing or EA’s “True Swing” mechanic, which involves pulling your mouse backward and then pushing it forward to mimic a real-life golf shot. I found True Swing to be a little laggy, so I eventually stuck with the three-click. Check out the above video to see how everything looks.

On-course physics are a little iffy so far, but it’s not a deal-breaker by any means. There are just a few times where the ball will seem to bounce more than it should on a fairway or come to an abrupt stop once it hits the first few blades of grass in the rough. Overall, though, it’s nothing major.

You’ll be able to play against people online, of course, and you can form groups with your friends in order to hold mini tournaments and whatnot. You can even challenge other groups as well.

All in all, this is looking like a really solid effort so far. No word on what it’ll cost to play the game after the beta period is over but you can play for free until it ends. You’ll have to sign up first and then wait to get an e-mail (mine took about a month, I believe) but I’d guess it wouldn’t take that long now that everything seems to be rolling out.