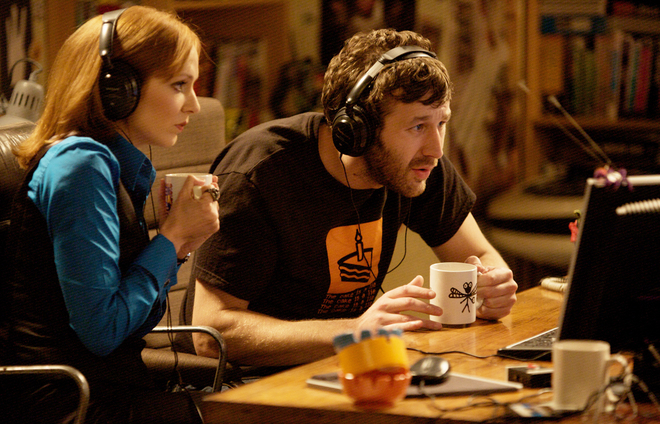 Slate’s Farhad Manjoo has thrown down the gauntlet by comparing IT workers to the hated TSA goons at airports. I, for one, won’t stand to have my hard work besmirched in such a way! Sure, there are some power-hungry jerks working in IT, taking great delight in causing consternation and frustration to hapless users. But not all IT folks are like that.

Isn’t that how it always is? You ask your IT manager to let you use something that seems pretty safe and run-of-the-mill, and you’re given an outlandish stock answer about administrative costs and unseen dangers lurking on the Web. Like TSA guards at the airport, workplace IT wardens are rarely amenable to rational argument.

As a so-called IT warden, I take umbrage with this uninformed ad hominem attack. I have a job to do, just like everyone else. The fact that you don’t understand the nuance or complexities of my job does not mean that the decisions I make are arbitrary and closed-minded. My decisions come from hard-won experience, and years of on-the-job struggles. Just like you, I look to find ways to be more productive and more successful in my job. My job is to help you do your job. The more time I spend dealing with your computer, the less successful you are, and therefore the less successful I am.

I might grumble about the number of forms my HR department makes me fill out, or the process utilized in employee reviews, but I assume that there’s a reason for those things being done the way are. I might not understand the reason and I might not like the reason, but I assume there is a reason, and that it makes sense to someone. Perhaps this makes me naive.

IT, in most companies, is a black hole of money. Most people don’t appreciate the value in IT expenses. Most IT environments are run in a pretty reactive fashion, dealing with one crisis after the next, because few employers want to spend the time or money to really build an IT infrastructure in the right way. I’ve said it before, and I’ll say it again: the better that IT does their job, the less anyone knows what they do.

It’s easier and cheaper to pay your IT guys to remediate PCs from malware infections than it is to spend the time to build a robust, secure computing environment. This is, in part, because computers suck. They’re fragile, vulnerable things that need almost constant attention and maintenance. New threats are coming out all the time against operating systems and application programs. Whether it’s an attack against Microsoft Windows, or Adobe Flash, or Java, or what-have-you: someone needs to pay attention to the threats, evaluate the risk, and formulate a defensive plan. You might not think it a big deal to update things, because all you deal with is your computer. The IT team is dealing with hundreds, or thousands, of computers. Upgrades and patches need to be planned out in a coordinated way so as to minimize disruption in business operations. There are various software solutions to help ease upgrades and patches, but these introduce their own set of quirks, and have additional costs in terms of money, time, and effort.

Rather than restrict access for everyone—ensuring that nobody ever learns which programs are genuinely bad news and which are blocked just for convenience’s sake—they can educate workers about how to use their computers.

Right, because we drive exactly as we were instructed during our Driver Education programs, right? The reality is that for most people, the computer is a tool: it’s a means to an end. They don’t care about how to use it better, so long as they can use it to do what they need to do. Most people aren’t technologists in the way that sysadmins are, so the training they receive would, on the whole, be in one ear and out the other. Assuming someone actually does pay attention during a friendly computer lunch-and-learn session, the education they receive will be mostly theoretical.

I’ve tried to educate users, and have had mixed success. Maddeningly, even when people do everything right — they don’t open attachments from strangers, they don’t visit questionable web sites, they maintain anti-virus software — their computers still get jacked up! It’s no wonder that some employees take a “why bother?” attitude, further complicating my job.

Moreover, it’s an arms race. I can barely keep track of all the various applications people like to use, and it’s my job to know about them. Why would Flo in Accounting care about another training class to review the latest batch of approved applications? It’s far simpler (and cheaper) from an administrative point of view to say “Here’s what’s permissible; everything else is off limits.”

I’m adamantly opposed to filtering Internet traffic by destination, however. I think we can reasonably educate users that visiting Vinny’s House of Porn on a company-owned computer is a bad idea. Playing online poker at Super Hot Casino is probably not a good idea, either. If an employee wants to visit Facebook, or book a vacation at Expedia, or look up that rash on their arm on WebMD, fine, go for it. If an employee is going to waste time on Facebook playing Mafia Wars, they’re likely the kind of employee that will find some other way to waste time. Filtering software won’t magically make them more productive. It’ll only encourage such problematic employees to find more surreptitious ways to goof off.

Sure, Slate’s Manjoo cites studies that say that goofing off is good for you, and I don’t object to that at all. I find the equivalent of a virtual smoke break to be very therapeutic during a long work day. But I also know first hand that multitasking makes me less functional in the long run. I get distracted by things, make more mistakes, and don’t operate as efficiently. Writing this post, for example, has taken me a lot longer than it needed to because I’ve been simultaneously engaged in an IRC conversation and an IM conversation.

Many of you probably sailed right through System Administrator Appreciation Day without thinking twice about the time and effort spent by sysadmins to keep your systems running smoothly. Believe you me: I know how frustrating IT policies can be, but it’s better than the alternative.

Now take a break from reading CrunchGear and send a thank you note to your IT team. Be sure to CC the company executives.