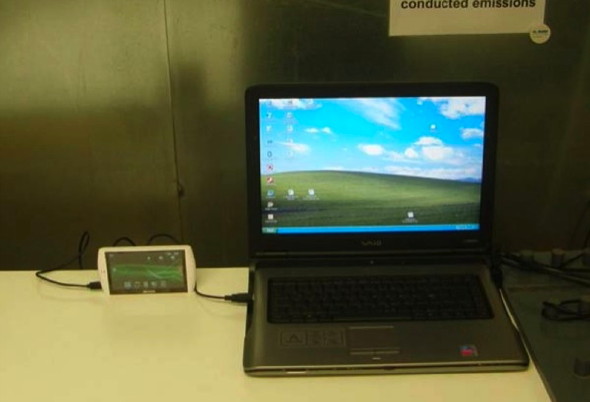 It was just a matter of time. With the Archos Android announcement scheduled for September 15, the boys at the FCC have splayed the Android-powered MID that popped up on the AppsLib site. The A5S (#7501) was tested with a 5-inch touchscreen, Wi-Fi b/g/n, Bluetooth 2.1+EDR and FM transmitter/receiver.

Also mentioned in the user manual is the A5H (#7502), which may or may not pack built-in 3G WWAN. It could, however, show up on the A5S, but was not tested by the FCC. Both models should ship with a microSD slot and a microUSB port. One of the FCC images shows the A5S running a custom UI over the Android OS.