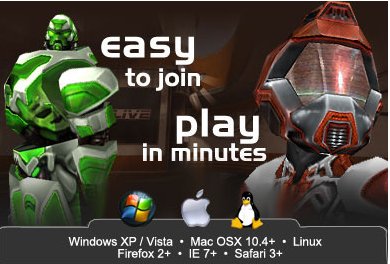 I was talking just yesterday about RuneQuake, my favorite mod for the original Quake game. That led me on a trip down memory lane, complete with reminiscences about RocketArena, epic capture the flag battles, and how much fun first person shooters used to be. I IM’ed a buddy asking if he’d like to join me for a game of nQuake, to which he pointed me to QuakeLive. I pouted a little at how insensitive he was: QuakeLive doesn’t work on Linux, so I didn’t bother clicking over there. Oh if only I had! On Tuesday an update was released that brings QuakeLive to Linux and Mac!

The announcement details a number of enhancements to the game, but the most important piece is that it now works on Linux and Mac. Yes! I’ve always appreciated id’s cross-platform support in most of their games. I hope they keep it up.

Don’t expect any more posts from me today. :)