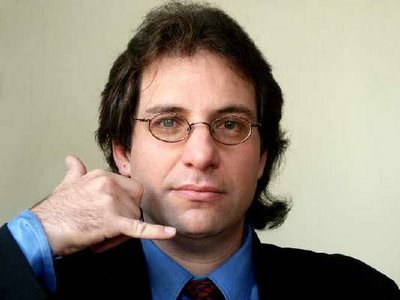 There’s a guy named Kevin Mitnick who, once upon a time, was public enemy number one when it came to computer crime. Mitnick has turned over a new leaf and is now a computer crime consultant and, apparently, his disloyalty to the script-kiddie credo has made him a target for hackers.

These hackers are attacking Mitnick’s account with relative impunity and posting his account info almost daily. As a result, his webhost and AT&T have knocked him off their networks. As Kevin notes:

“They can’t seem to secure my account,” Mitnick told The Register. “And then instead of doing something about it, they try to kill the messenger and want to boot me off their network when all I want them to do is to secure my account so no one gets access to my phone records.”

One would assume that Mitnick has some fairly good protection put up around his private information and it’s clear that AT&T is the semi-truck-sized hole in his armor. If hackers can get Kevin Mitnick’s information while AT&T sits blithely by and eventually decides rather than fixing the problem they oust him, then I can only imagine that our information is probably in boxes in front of a AT&T store in Scranton with the words “PRIVATE CUSTOMER INFORMATION DO NOT DISPOSE” written on them.

We investigated Mr. Mitnick’s claims and determined they were without any foundation. We refused Mr. Mitnick’s demands for money, but did offer to let him out of his contractual obligations so that he could find a carrier that he would be comfortable with.