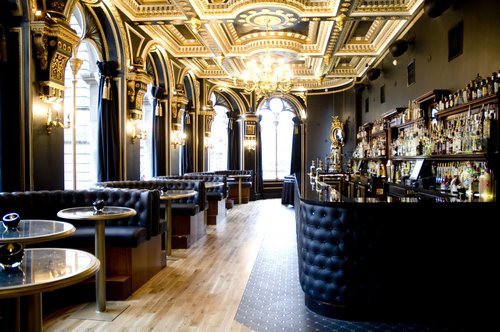 College is a time to try new things – especially that second or third year, when everyone’s turning 21. Suddenly, a whole new world has opened up – a world of intoxicated semi-public bliss, previously off limits to your nascent self: the world of bars.

Bars can be a stupidly intimidating place when you’ve just turned 21. It’s like going to some crazy country where they play music too loud, everyone talks with a slur, and everything you touch is mysteriously sticky.

We’re here to help. Everyone should have realized by now that the CrunchGear team is really just a bunch of alcoholics who happen to have computers; with that, we present as part of our back-to-school series: 10 Things You Should Know About Going To Bars. 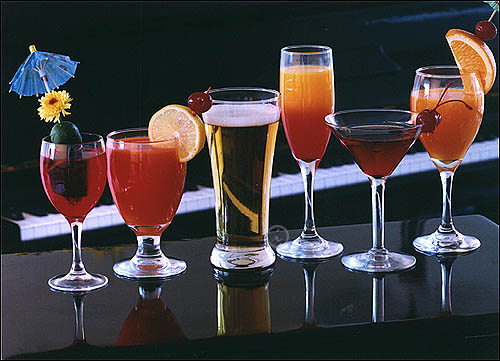 The tastier the drink, the more people will make fun of you.

It seems simple, but it’s not exactly like ordering at McDonald’s. There is (usually) no menu, and depending on the bar, the bartender doesn’t give a crap about giving you free smiles. Here’s what you do:

2. Thursdays are the new Friday

When you first get to town, you might be thinking, “Hey! I planned my class schedule so that I don’t have classes on Friday, giving me a three day weekend! I can go out on Thursdays, and the bars wont be slammed!”

Sorry, Charlie. Everyone loves three day weekends, and everyone had the same idea as you with their schedules. As a result, Thursday nights in a college town are almost always just as insane as Fridays.

3. Do not buy the bartender a drink. If you do, don’t be offended if they say no.

So, the bartender is cute. If you buy her a drink, she’ll think you’re a classy fellow, right?

No. We asked a bunch of bartenders about this – and they all hate it. Not because they don’t think you’re a wonderful fellow who they’d love to drink with, but because they legally can’t accept.

Depending on the state, most bartenders aren’t legally allowed to drink on the job. Even if it’s not illegal, most liquor license commissions will throw a fit if they find out. A few bartenders might accept; others might accept only to pour the drink out when you’re not looking. 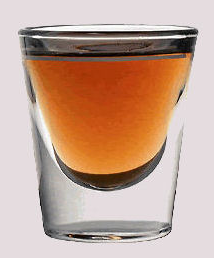 A whole lot cheaper at home

When you really break it down, no one is going to the bar to give the bar money. People go to bars to be drunk in a big loud place with other drunk people. Giving the bar money is just a means of getting to and maintaining that drunken state.

With that in mind, you might as well save yourself some cash and drink up before you go in – after you pick the designated driver, of course. (Seriously – do not drink and drive. No, you are not a better driver than everyone else.)

Now, don’t get hammered – if you’re visibly drunk, most bars are legally obligated to not serve you. If they’re not going to be able to serve you, most bouncers wont bother letting you in just to take up space. Waiting in line for 20 minutes just to wind up standing outside in the cold is a great way to kill the night. 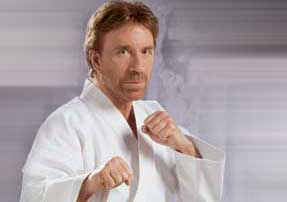 Here’s the thing about fights: they suck. A lot. In movies, the entire bar breaks into a fight, beer bottles are used as knives, and pool cues are smashed over people’s heads – yet everyone involved walks away with little more than a bloody nose and a sore back.

In real life, people get really, really messed up. As in dead. Have you ever seen Million Dollar Baby? You know the scene where (OMG SPOILER ALERT) the main girl busts her neck on the stool during the boxing match? Think about how many stools are in bars. Think about how many other hard surfaces are in bars. It might not hurt so bad to get punched when you’re drunk – but that nearby table will gladly finish the job by cracking your skull open.

Not to mention, it’s a great way to get thrown in jail. Good job, you defended your honor (which no one cares about, as this isn’t 13th century Feudal Japan). Enjoy jail. 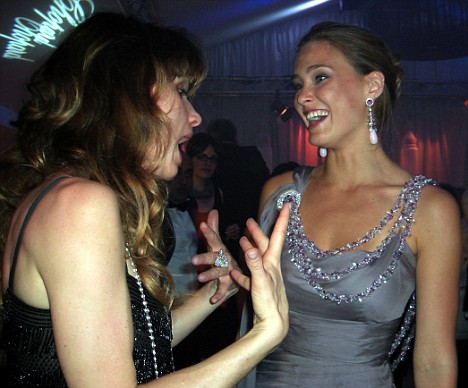 (This works just fine for either sex. For the sake of not having to write girl/guy everytime like an idiot, I’m just using “girl”)

Buying a girl a drink isn’t a surefire way to anything. While a lot of girls will at least come over and say thanks (thus presenting your shy ass with a way to start up conversation), just as many will shoot you a nod, down the drink, and go off with their friends. Don’t get too hurt, and don’t be a weirdo and follow her or anything. Your $3 drink isn’t some magical key to her pants.

That said, it’s still a fairly classy way to potentially spark up a conversation or two. Here’s how to do it right: 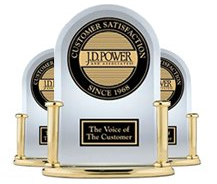 This one’s easy. If you’re at a bar or club with multiple bars/bartenders, pick a bartender and stick with them. Tip them well right off the bat. It’s usually pretty tough to buy a bartender’s love and attention through tips – but if you want to have any chance at all, you’ll want to pick one and stick with’em.

When you’re 21, everyone tends to think that the busier the bar, the better it will be. Would you go to a certain grocery store just because the parking lot is packed? Nope. Same idea here. It’s a bell curve, with the best bar times generally being had at the places right in the middle: not too many people, but no where near empty. There should be just enough people to fill every seat in the house, plus a few people standing. 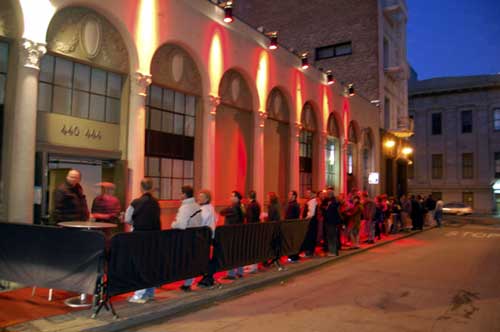 Too many more than that, and it’ll take too long to get your drink. If you’re a single guy or gal, there’s really no chance of striking up a conversation when everyone is fighting to make it through a sea of people.

If they do not have bottles of hard alcohol on the wall behind the bar, it’s probably a beer bar/pub. Don’t try to order a cocktail here. It’s like trying to order a bowl of chow mein at a Mexican restaurant.

Back up in step 1, we explained what a “Tab” is. It’s where you leave your credit card with the bar, and they just run up your drinks throughout the night.

Don’t do it. If you have to (for example, if you didn’t bring cash and the bar has a minimum charge for cards), really keep an eye on it. If you forget it overnight, most bars will tack on a 10-20 percent “service charge”. Even if you don’t forget it, you might get ripped off.

See, people don’t like to pay for booze. Your friends will say “Oh, just put it on _____’s tab”, thinking that you still owe them for that one time which you actually paid them back for months ago. Shady people who happen to over hear your name will do the same, because, well, they’re shady people. Yeah, it happens – and at the end of the night, there’s not a damn thing you can do about it.

Even if you’re the only one using your tab, you’ll probably end up spending more money than you intended. Bars don’t usually tell you how much drinks cost until the end or unless you ask, and the simplicity of not having to take anything out of your wallet makes ordering 10 drinks seem like ordering three.

Cash makes everything easier. It just works out for everyone. The bar doesn’t get charged fees, and you don’t forget your card or buy drinks for others unknowingly. Plus, starting out with a certain amount of cash is an easy way to keep yourself from accidentally spending way too much.

Enjoy and, most importantly, Drink responsibly!