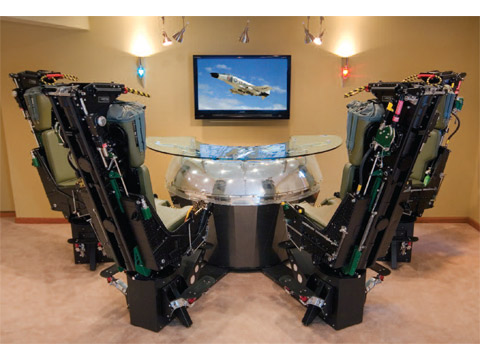 Actually, I can’t afford the Phantom Bar either. Nope. It costs $225,000. But for that cash, at least you get real Martin-Baker Mk7 ejection seats from an F4 Phantom that have been restored to museum quality. The jet packs have been removed unfortunately. I just wish that the company would put better pics on its website. I mean, if I’m going to drop $225k on something, I kind of want to know what it looks like, right?