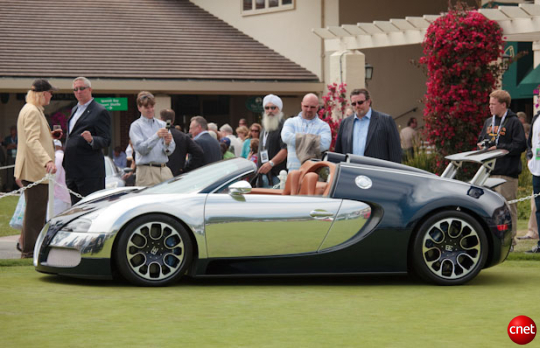 In case you were wondering what the automotive community won’t be releasing next year, here’s a nice roundup of the concept cars on display over at Pebble Beach. They’re not all outlandish, although a back seat in a Lotus Elise kind of misses the point, doesn’t it? If I had one, I’d remove the passenger seat.

A convertible Veyron? Yes please, though as you approach 200MPH the wind does muss your hair a bit. I like that the Infiniti has “custom-fitted Louis Vuitton luggage.” Great, a package deal, just the right thing for a recession!

[all photos by Stephen Shankland]