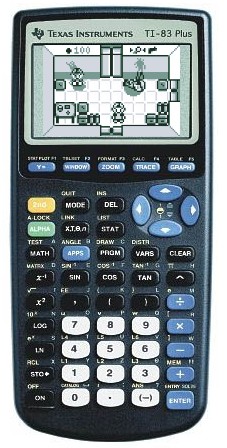 It’s been a very long time since I last used a Texas Instruments graphing calculator. I thought it was cool to write programs on the TI-80 I used in college. It seems that in the time since, things have gotten a little more complex: TI calculators now have cryptographically signed operating systems! Ostensibly this is to prevent clever hackers from loading their own operating systems onto the calculators (the horror!). Leave it to the hackers, though, to find a way to do what they want!

TICalc.org brings us word that the key used to sign the TI-83+ OS has been factored, which means that any third-party OS can be signed similar to the original OS and loaded onto the calculator without resorting to tricks or helper programs.

FloppusMaximus shares some details about the factorization process he used to obtain the key:

Some fun statistics:
– The factorization took, in total, about 1745 hours, or a bit less than 73 days, of computation. (I’ve actually been working on this since early March; I had a couple of false starts and haven’t been able to run the software continously.)
– My CPU, for reference, is a dual-core Athlon64 at 1900 MHz.
– The sieving database was 4.9 gigabytes and contained just over 51 million relations.
– During the “filtering” phase, Msieve was using about 2.5 gigabytes of RAM.
– The final processing involved finding the null space of a 5.4 million x 5.4 million matrix.

This is an exciting day for calculator geeks, to be sure.