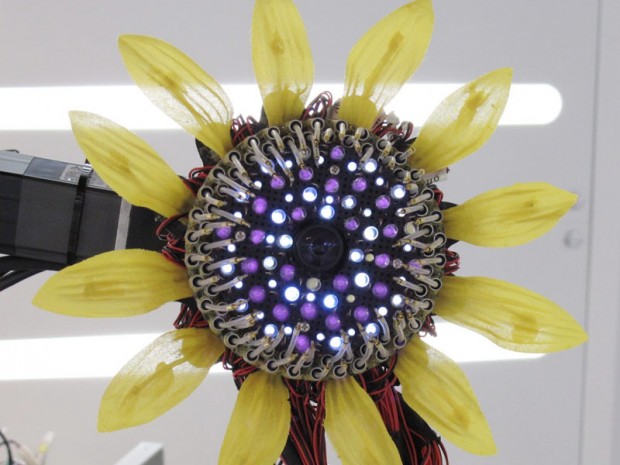 It’s no secret Japan is totally obsessed with robots, rolling out awesome humanoids, robotic cars, pets and toys on a regular basis. But robo-plants, such as the newly developed Himawari (sunflower in Japanese), can be considered quite unique, even by Japanese standards.

The robotic sunflower was created by researchers from Kyushu University in Southern Japan and recently presented to the general public as a prototype (which works pretty well already). Himawari features an infrared camera in its center and is also equipped with white and red LEDs. 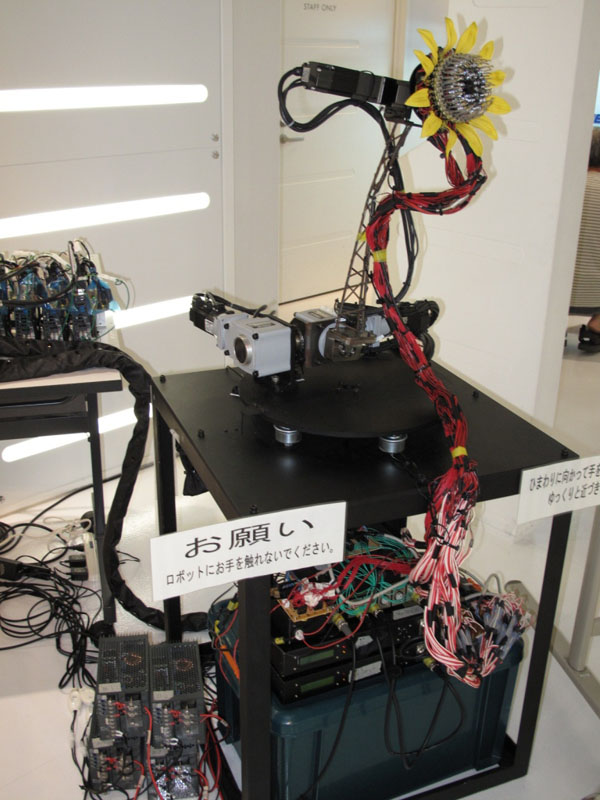 Built as a piece of “interactive art”, Himawari is able to detect the presence of a human being. Wave your hand in front of it and it will react by turning towards you and switching on its LEDs. The makers plan to showcase Himawari outside Japan in the near future.

In the meantime, you can watch how the robo-sunflower works in the short video below.