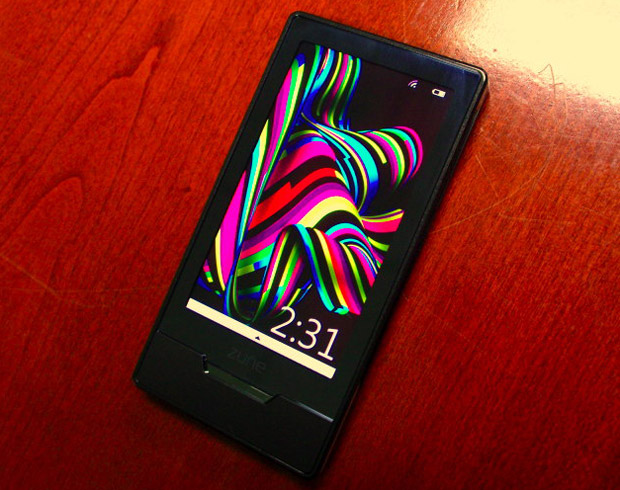 There’s a reason why the Zune HD’s interface moves so smoothly. Powering the device is the Nvidia Tegra, which Nvidia recently described as an “an entire computer-on-a-chip,” and one with “eight separate processors, including: a GPU, two video processors, and audio processor, two ARM core processor and more.” (That “and more” bit is a bit ambiguous for my liking, but what are you gonna do?) In any event, the Zune HD looks to have some serious computational power going for it. WILL IT BE AN IPOD KILLER?

As Peter’s video shows, the interface zips around with not a hint of slowdown. You can thank Nvidia’s GeForce for that, assuming you’re in the business of thanking big companies for anything

Web pages are accelerated by the GPU, as is any video you play, be it from the Zune itself, transferred over from your Xbox 360, or downloaded from allthelatestmoviesarehererightnowforyoutodownload.com.

So yeah, the Zune HD looks neat, but as a Mac user, and given the device’s lack of compatibility with my preferred operating system, I wonder whether I should even bother getting excites, let alone prepare myself to shell out hundreds of dollars to be able to listen to a couple of MP3s.