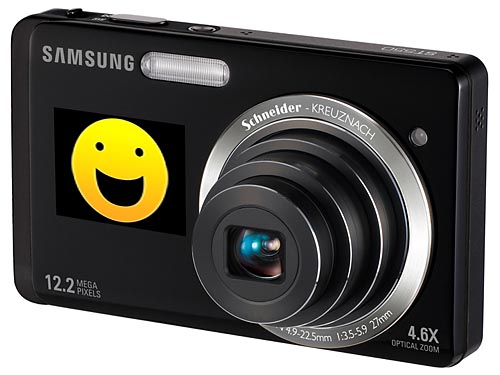 [This got put up last night due to a broken embargo somewhere (I won’t say where, but it ends in “NET”), so I pushed it out to when the information “officially” drops. We should also have a hands on shortly.]
I don’t know how else to say it. They put a second screen on the camera… right there on the front. It displays… you, and you tap the screen to take the picture. I hope it gives you some time to compose yourself, or else there are going to be a lot of pictures of people with arm and finger outstretched. They teased us with it a week or so ago, and although the thought occurred to me, I dismissed it as… well, frivolous. Maybe I’m the only one, but I generally take pictures of things other than myself. Pictures of me I get from other people’s cameras. Am I weird or something?

This will be nice for those self-portraits in the bar, or when you don’t want to ask someone to take a picture, I guess. And the screen can display something entertaining for your kid while you’re trying to take a picture. As if their mother or father, hanging over them with a strange object and smiling madly isn’t entertaining enough!

There are two models, the ST500 and ST550. Why they didn’t give them names like “Tapmaster” or “Screen On Front Camera” I don’t know, but let’s take a look anyway. 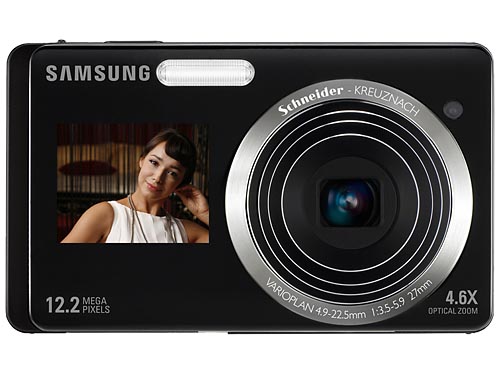 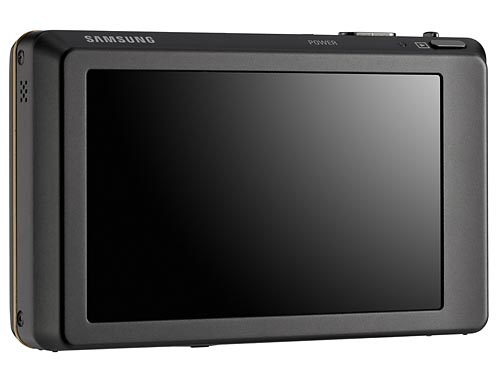 There’s a T1000 as well, but it looks pretty normal aside from doing geotagging and wireless stuff.