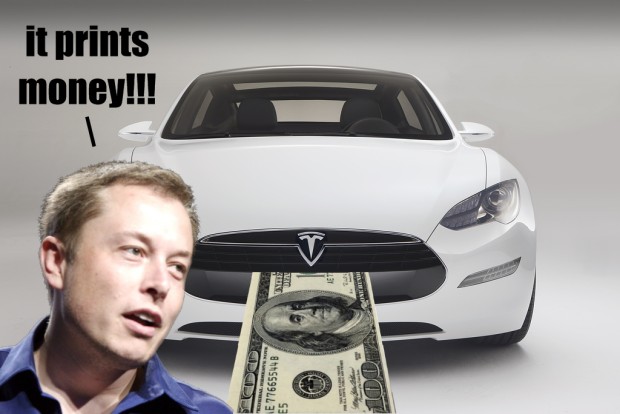 I can’t be the only one that thought Tesla was going to be a money pit. I foresaw greed, mismanagement, delays, so on and etc, but they seem to have delivered and are now on their way to full-fledged “successful business” status. A million dollars’ profit on 20 million in business is small potatoes in the car industry, of course, but the other guys in the game are all wallowing in debt, so anything less than total self-annihilation would have put Tesla ahead of them.

Things are looking rosy for the company. They got a fat loan from the government, they’re coming out with two new models (the Model S and the Roadster Sport), and the electric car business is getting bigger every day. While I plan to buy an electric from one of the majors when they finally get around to it, I’ll feel indebted to Tesla for helping pave the way.