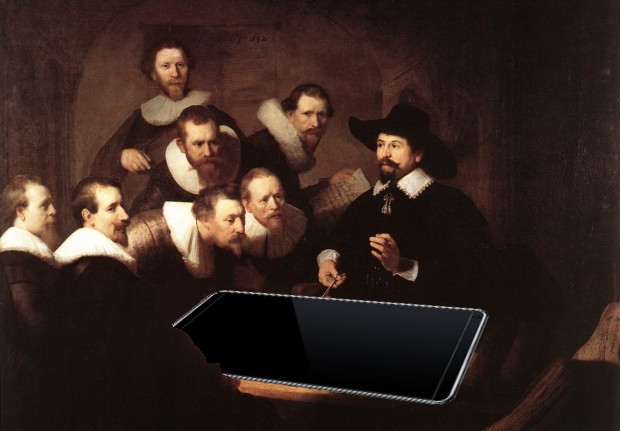 Everybody’s making noise about the upcoming Apple tablet, and who can blame them? It’ll certainly be an interesting device, but the thing is that nobody really knows what it’s going to be. Flat, to be sure, and tablet-shaped in all likelihood, but beyond that it’s pretty much anybody’s guess. Analyst-at-large Gene Munster has made a list of predictions anyway, since his job is to turn ignorance into money.

So what does he think you can expect? Sales, for one thing. Via a house-of-cards sort of logic peculiar to analysts like himself, he first determines the features, then the price, then the sales, then the revenue. Here are his nested prognostications, as summarized by Fortune’s Brainstorm Tech.

• Be similar to an iPod touch, only larger, capable of running most of the 70,000 applications on the iPhone App Store plus a new category of apps designed for the bigger screen.
• Will be used primarily for Web surfing, e-mail, and digital media, competing with netbooks without being a netbook.
• Will be priced between an iPhone and a MacBook — between $500 and $700.
• Is likely to include a 3G cellular modem and could be subsidized by a carrier — either AT&T (T) or Verizon (VZ).
• Will sell better than Apple TV did its first year (1.2 million units).
• Could in fact sell 2 million units at $600 each to generate $1.2 billion and add about 3% to Apple’s revenue stream in calendar 2010.

Now, I’m not saying he’s wrong on all these points (though, as Boing Boing Gadgets points out, his track record isn’t inspiring); in fact, they’re more or less in line with my own predictions. I’d submit, though, that the App Store thing is troubling. You’d expect some info would have leaked by now regarding how to program or adapt your apps for this thing. Since nothing has come out, it is implied that the tablet runs either iPhone apps or OS X apps natively (or both). I don’t think that’s likely, or even a good idea. After all, every app in the store is configured for an iPhone’s hardware. Innumerable compatibility problems could arise.

Most troubling of all is the fact that the iPhone’s screen is a mere 320×480; if the Apple tablet is at 1280×720 (my guess), it’s beyond the power of resizing and filtering to make these apps full screen or even reasonably large (not to mention the aspect ratio difference). And I doubt Apple would be satisfied with ugly little app “widgets” clogging up what will almost certainly be a serene and controlled user interface. I don’t have a solution for this, I might add… not my job. I’m hoping Apple does.

And as for the somewhat arbitrary prediction that Apple will sell 2 million units, I find it unconvincing. We heard from a previous analyst (who has actually seen the device, or so he claims) that all the other companies are just waiting for Apple to go so they can undercut and offer the same services. I think that unlike the full OS X (which I don’t think the tablet will run) or the iPhone’s OS (ditto), this tablet’s OS will offer fewer chances to innovate, though I have faith that Apple will throw a few curveballs in there, likely to do with elegantly implemented gestures. Still, 2 million units is a lot to ask for a completely new type of platform, in an economy when an entirely new price point below this one (and offering more functionality) has risen to prominence.

If I had to weigh in (and I don’t really), I’d say that it’s going to be a success, but will fill the same role in the upcoming tablet wars as the Mac fills in the PC wars: a luxury option. Perhaps in a year or two, we’ll be hearing how Apple sold 90% of the tablets costing over $700, but I don’t think it’s too far out to think that competitors like Asus, Dell, and our own CrunchPad will be doing a lot of selling too — higher volumes at lower price points, yes, but I think that’s appropriate for a tablet. We’ll have more on the phantom tablet as it develops, but feel free to make your own predictions.