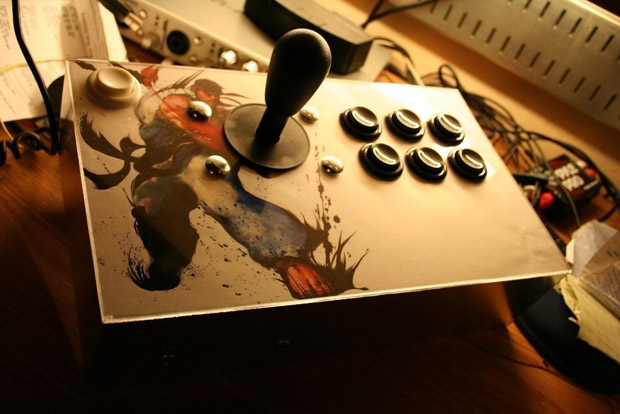 Yeah, this Street Fighter IV arcade stick looks better than Mad Catz’s efforts. It was created by a certain Mekishiko916, and it can be yours, too, if you’re willing to part with $190.

The stick, which is for the Xbox 360, is completely wireless, save for its USB charge cable.

The buttons are spaced out exactly like the old Street Fighter II ones, a game I used to play at the local Pizza Hut while waiting for my personal pan pizza.

There’s a Ryu and Akuma version. And since Akuma is rubbish, I guess I’d opt for the Ryu one.