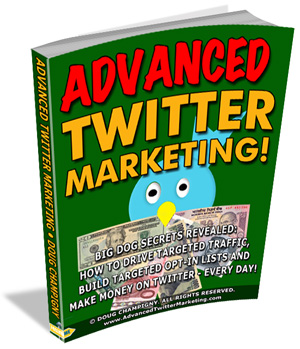 In light of the FTC’s recent scrutiny of Social Media practices and the activity that connects brands to influencers and ultimately consumers, we will soon see guidelines and corresponding penalties to serve as governance for future engagement.

In the realm of sponsored posts or tweets, the FTC simply cannot delineate the differences between earned and paid postings and therefore assumes that most consumers are equally oblivious.

With Izea’s impending announcement of a new pay-per-tweet network, combined with existing ad networks and services such as TweetROI, Twittad, and Magpie, the FTC will be forced to pay attention to the paid endorsements in one of Social Media’s most promising and also elusive networks.

As you could possibly imagine, the reality of mass-sponsored tweets will raise a Tweetstorm that will immediately trigger a blogstorm, which will ultimately escalate into a full-blown Category 5 media hurricane. But the reality is, whether you agree with them or not, sponsored conversations and paid tweets are already here.  The question is how to use them correctly and responsibly.

So, before the chaos and confusion ensues, I wanted to take a proactive role in steering a productive conversation to explore and introduce solutions, ethics, standards, and also reduce the possibility for consumer confusion and potential backlash.

I hosted a virtual summit on the topic via Facebook and invited pundits and industry leaders to discuss:

Disclosure certainly is a first step, but it can also steer perception, which is why this discussion is so critical to the evolution of sponsored conversations. The debate however, centralizes on the mechanisms and terminology for disclosure and whether or not they are effective when either explicit or implicit in nature.

To kick things off, I introduced options for consideration such as including a symbol or term in each Tweet that conveyed sponsorship or endorsement such “$,” “spon,” “paid,” “endorsement,” “sponsored” or possibly including an is.gd or bit.ly link to a landing page that could more effectively communicate the nature of the endorsement, ad, promotion, and the intention of the relationship.

As the conversation deepened, the rationale for one standard or solution unlocked a series of challenges that necessitated further exploration and discussion. As I noted in the forum, the use of “paid” for example, precipitates psychological connotations that will evoke a completely different emotional response as compared to endorsement or sponsorship.

Anders Abrahamsson shared an interesting perspective, “Paid is coming close to that you sold out your integrity – some might call it prostitution.” Stowe Boyd, the champion for Microsyntax.org, offered a general resolution that resonated with many participants, “My recommendation would be to concoct a new indicator, perhaps ‘AD’, to place at the start of any sponsored Tweet. This has several benefits since anyone would immediately know, at the outset of reading the tweet, that it is sponsored. It stands apart from the tags, which usually appear in a cluster at the end. Also, this would make it easy for tools to build filters to block ADs or to easily find them, depending on your leanings.”

I believe there’s a difference however, between sponsored and paid tweets, one defined by purpose and objective. For example, I enjoy the tweets published by Gary Vaynerchuk and I observe that he has a tremendous following of developing wine (and marketing) enthusiasts.  A company may choose to either sponsor his Twitter wallpaper and/or his tweet stream. In this case, they don’t necessarily influence his tweets, they simply sponsor them. This introduces another alternative through the disclosure of relationships directly on Twitter backgrounds.

However, if I pay for tweets specifically, then I expect to dictate the content related to each paid tweet.  Brian Carter of TweetROI shared his perspective on sponsored conversations versus ads, “SP and AD make sense. Surprisingly, even some quality Twitterers, don’t want to change the advertiser’s text…Everyone interprets payment/ sponsorship differently….”

At this point, SP and AD become potential preambles for sponsored and paid tweets respectively.

But, Jeremiah Owyang, social analyst with Forrester Research, believes that they are not enough, “People won’t understand that ‘AD’ and ‘SP’ imply that those tweets are paid for. We need to be explicit, even if it occupies more characters in the tweet. The only solution is to specifically state, ‘sponsored’ in each…”

Again, I suggested that an included (shortened) URL that directs to a pre-defined page that explains the sponsorship and further clarifies the intentions and benefits of the program is another option to consider. While it’s implicit in nature, it communicates disclosure in a mutually beneficial way that serves the Twitterer, the brand, and the reader.

In the leaked Twitter documents, also know as Twittergate,, there is mention that Twitter is already thinking about this as a form of revenue generation.

It appears as though Twitter is considering the implementation of color coding or introduction of different fonts for sponsored and paid tweets. James Eliason of Twittad believes that Twitter should release an API to support color-coding as not only a form of disclosure, but also as a measure of preventing spam.

Eliason took the case to Twitter co-founder Evan Williams where he recommended that Twitter begin the process of selecting specific ad partner providers to prevent dilution from spam marketers and ensure that the advertising comes from the source through the API. His idea is to assign the API calls from each ad partner through Twitter.com and also third party apps such as TweetDeck, Seesmic, and PeopleBrowsr. He also believes this will introduce a new subscription model for users to pay a small fee for a non-ad model across all platforms.

Our challenge isn’t only to unite the industry of sponsored conversation providers around common standards and ethics, we must also encourage marketers to put them into practice.

Whether it’s on Twitter, in blog posts, or in television commercials, paid tweets are technically no different than the array of commercials and advertisements that are available to marketers already – except that everyday people become the spokespeople and thus become difficult for followers to discern real experiences versus influenced perspectives.

While everyone agrees on the need for standards, and it’s clear that competitors will actually collaborate to help define them, there’s merit and promise in top-down regulation from the FTC and/or Twitter itself. In the meantime, I still believe that including “sponsored” as Jeremiah suggests, providing disclosure on individual wallpaper, or including a link to a page that offers context and clarity, represent credible alternatives in the interim.