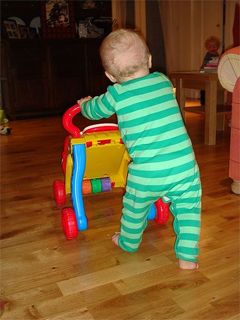 In the last few days we’ve gotten multiple tips about a seemingly new phenomenon on Facebook: people are receiving status updates from people they’ve attempted to add as friends, but who have not yet accepted their friend request. In effect, they’re seeing these users’ status updates without being able to see their profiles — something that hasn’t previously happened on Facebook, at least not until very recently. So has Facebook finally turned on the Twitter-like ‘follow’ feature it promised months ago, which would allow users to start receiving status updates from people they aren’t friends with?

Not exactly. As it turns out, this feature was first announced in late June, nestled in Facebook’s blog post about the beta rollout of its Publisher upgrade, which lets you choose who you’d like a given update to be visible to. Now, any time you add a Facebook friend who has set their status updates to ‘Everyone’, you’ll start receiving those updates in your News Feed, even if they never accept your friend request.

In a sense this is akin to what the ‘follow’ feature will be one day, but it’s not a particularly good substitute. For one, there isn’t an easy way to tell if someone has their status updates set to ‘everyone’, so you’re going to be taking a shot in the dark every time you add one of these people as friends. And you’ll also wind up spamming inboxes with friend requests in the process. Still, the feature, and especially our readers’ reaction to it, show just how confusing Facebook can become when it’s a mix of both one and two-way connections.

The current setup is decidedly strange. Since March, you’ve been able to set certain portions of your profile and status updates to everyone, which make them visible to anyone who arrived at your profile via Facebook search or clicked on your name after seeing it on someone else’s wall. But there still isn’t an option that allows users to ‘follow’ someone and receive their status updates in their News Feed without making the leap into becoming Facebook friends. That feature is still reserved for Pages, which allow for one-way connections. Users are free to make their own Facebook Pages, though these don’t let you have a separate group of friends that have access to more personal data, like your photos. But the distinction between Profiles and Pages is supposed to be fading, so maybe they’ll have that feature soon. It’s all very confusing.

Hopefully this will all clear up once Facebook deploys its much-anticipated new privacy features, which will bring with them more control and hopefully a more intuitive experience. However, that update will also feature a heavier emphasis on sharing with everyone — something that I think may wind up leading to even more problems.

Thanks to Jesse Waites for the tip.
Image by Shaun MItchem.