Maingear has thrown everything possible into its latest gaming notebook. This massive machine boosts an 18.4-inch screen, three 3.5-inch SATA or SSD drives, and all the ports that you would expect on a $2,999 rig. But that’s not why it’s impressive. Oh no, this bad boy is packing some serious power. 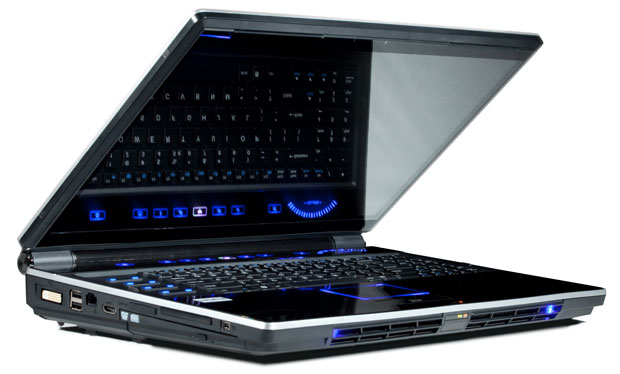 Under the hood of the EX-L 18 is am Intel Core 2 Extreme quad CPU coupled with either single or dual Nvidia GeForce GTX 280M GPUs. Plus it can support up to 8GB of DDR3-1333 RAM. Now, I don’t know if it’s the most powerful notebook on the planet like the presser claims as it has the same specs as the new Alienware M17x, but it is certainly good enough for a pickup game TF2.