Just in case you haven’t read anything on the web yet today, it is the 40th anniversary of the Apollo 11 spacecraft landing on the Moon. Neil Armstrong’s “One small step for man, one giant leap for mankind,” seems to reverberate as much today as it did back in 1969. And there are no shortage of tributes on the web to prove it.

The most elaborate may be Google adding the moon to Google Earth. Yes, you can now explore the lunar surface just as you would Earth’s surface in the software. You’ll see views of the lunar surface as taken by the Apollo astronauts, and even get narrated tours.

Google has run a Google Maps-like Google Moon site for a while, and today it’s centered on the Apollo 11 landing with a little moon man placed there. Interestingly enough, I don’t think the cute easter egg where if you zoom all the way into the Moon, it turns into a piece of cheese, works anymore. 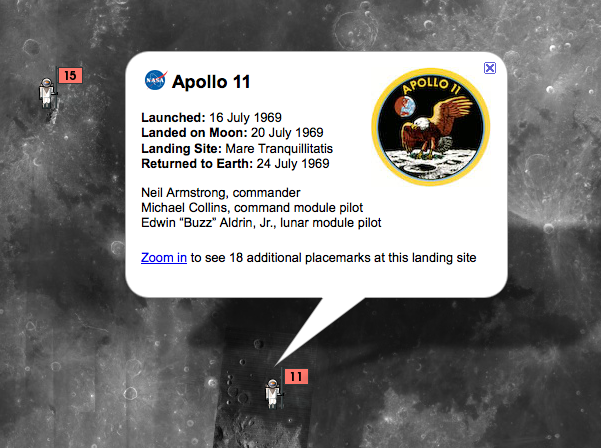 Speaking of moon men, Google has also brought him to Earth. They have replaced the boring yellow figure with a moon man in Street View in Google maps. [Thanks Zoli]

Microsoft’s Bing is all about the moon today. Interestingly, for all Google is doing, its main search page has no special graphic for the day [Update below, they just put one up]. 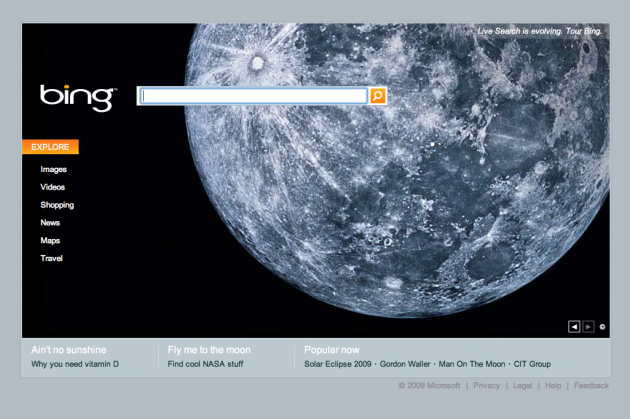 The coolest thing we’ve seen so far has to be blogger Jason Kottke has making a page to watch the lunar landing just as it would have appeared 40 years ago to many. This includes a 60s-era television and ugly orange hues for decorations. He’s even set the presentation to start at 16:10 EDT, which is exactly when it aired in 1969. He’ll also run the moon walk (which came hours later) at 22:10 EDT. The recently passed Walter Cronkite anchors the coverage. 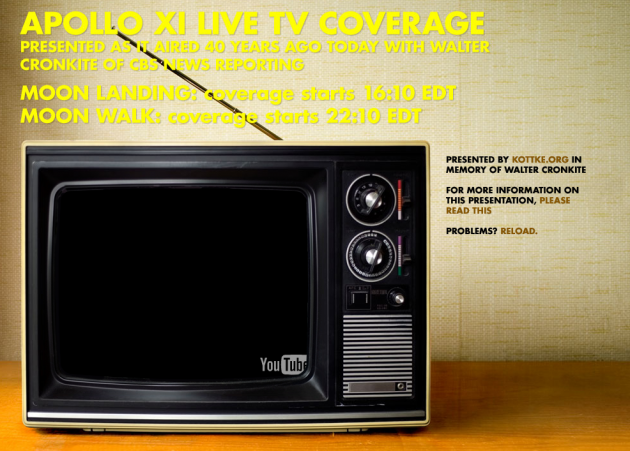 But if you can’t make those times, you can watch the lunar landing in the YouTube clip below.

Blogger Mathew Ingram reminds us of one of the coolest things from the Apollo mission: After it happened, the New York Times printed a retraction from a editorial it ran in 1920, saying space flight was impossible.

Not surprisingly, the anniversary owns two trending topics on Twitter: “Moon” and “Apollo 11.” 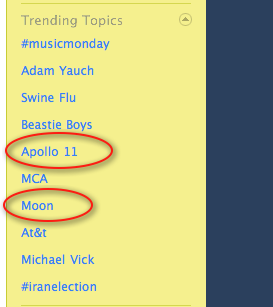 What other Moon-related celebrations are going on around the web today? Feel free to leave any in the comments.

Update: Here are a couple more from the comments:

We Choose The Moon is an AOL-powered Apollo 11 experience. Like Kottke’s site, it’s running the experience as it would have went down at the right time in 1969. 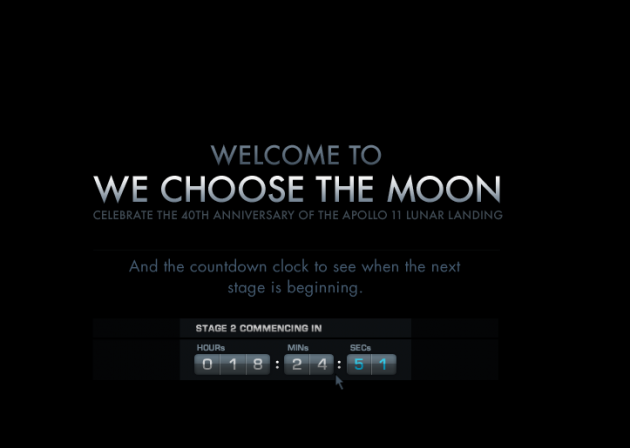 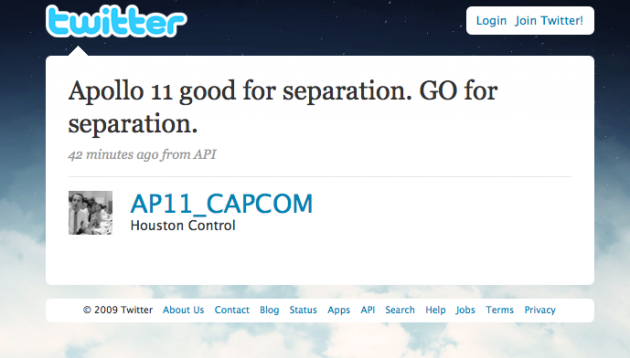 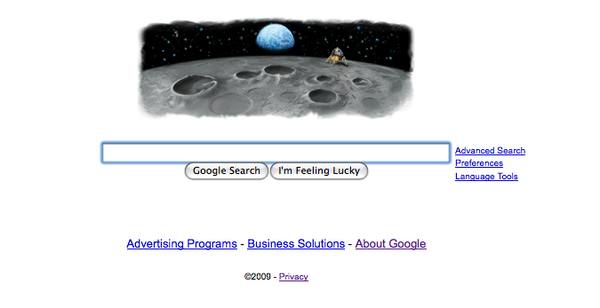