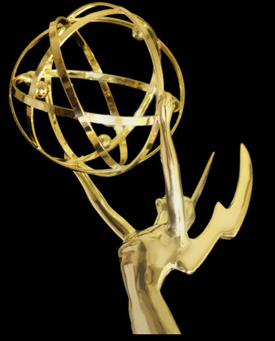 It’s not often that we hear about consumer web startups getting their own TV spots, much less during the Super Bowl — that’s the sort of craziness that was reserved for the heady 90’s, back before the (first) bubble burst. But that’s exactly what Hulu did this year when it ran a spot during Super Bowl XLIII, introducing the masses to the online video site’s plot for world domination (headed by Alec Baldwin, of course). The ad was certainly effective — Hulu saw a massive traffic jump and released a series of followup ads featuring celebrities including Seth MacFarlane and Dennis Leary.

Apparently the general public wasn’t alone in liking the ad. Hulu has just been nominated for an Emmy Award in the category “Outstanding Commercial” — a feat that few other consumer websites have ever accomplished (I believe the only other startup to get a nod was Snap.com in 1999, when that site was home to a search engine).

Of course, Hulu isn’t exactly your typical startup — it was created by News Corp and NBC, and recently added Disney to the team. Still, it’s hard to look at a company that launched its private beta less than two years ago and not call it a startup.

My favorite part about the news is that The Emmys — an organization steeped in the traditions of old Hollywood — is honoring a company whose on-demand model may eventually change television as we know it. In any case, good job guys. Now you’ve just got to beat out the likes of Nike, Budweiser, and Coca-Cola to get your prize. Here are the rest of the nominees: