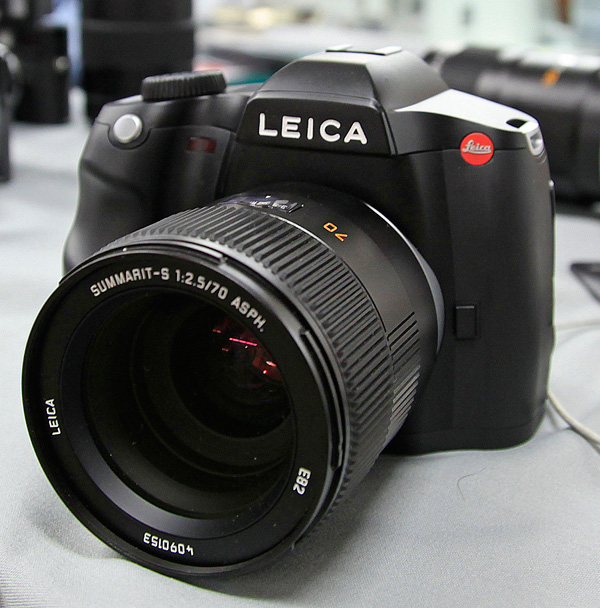 For those pros out there working in print, medium format is king. Portable yet powerful, they can be deployed anywhere. With large but not crowded sensors, they provide excellent sharpness and color fidelity with reasonable exposure times. Of course, they do cost upwards of twenty grand. Leica’s S2 is an evolution of the medium format: a medium-format sensor in a DSLR body, a sort of spiritual big brother to the Sigma DP2, which has a DSLR sensor in a point-and-shoot-esque body.

Unlike the DP2, however, the S2 isn’t likely to suffer from its change of form; Leica is too good for that. It’s still not in production, but a few prototypes were available for handling at a recent Foto Care event in New York.

It’s a near-final prototype, which means everything’s more or less where it’s going to be but functionality and features aren’t quite at a complete stage (pricing is also “not final” but it’s expected to be around $20k). It handles like a DSLR but takes 37.5-megapixel pictures on its 30x45mm Kodak CCD sensor. I’m a little put off by the small LCD and featureless appearance, but even a 5″ screen would be inadequate for checking a 37.5-megapixel photo. Get the whole hands on with more pictures over at PDN Gear Guide.