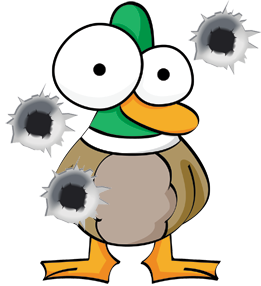 No matter what you think of FriendFeed (killer app or a waste of time), you have to admit this is just kind of awesome. The site has just released a new theme today called “Duck Hunt.” That in and of itself would just be kind of cute, but pointless. Except that this theme is interactive.

Yes, ducks float by you in the background (and over FriendFeed elements) and you shoot at them with your mouse cursor.

Each time you click over a duck, you will hear a shotgun sound, and you will hear the duck squeak — its death sound. Of course, you can’t miss, because that likely involves clicking on a link on FriendFeed (which would ruin the functionality of the site).

The theme is actually based on a game called “Duck My Life” (get it? of course you do). It’s a bit of JavaScript that allows you to turn any page into this interactive duck hunting game. It’d be slightly cooler if this were based on the classic Nintendo version of Duck Hunt — complete with the snickering dog. It would also be cooler if you had a zap gun to use on your screen. But this will do to kill some time. And, as Apple’s App Store has already taught us, there are copyright issues with that.

“Duck Hunt” brings the total number of themes on FriendFeed to 8. Hopefully we’ll see some more like this, and maybe even ones that let you keep score compared to other FriendFeed users. 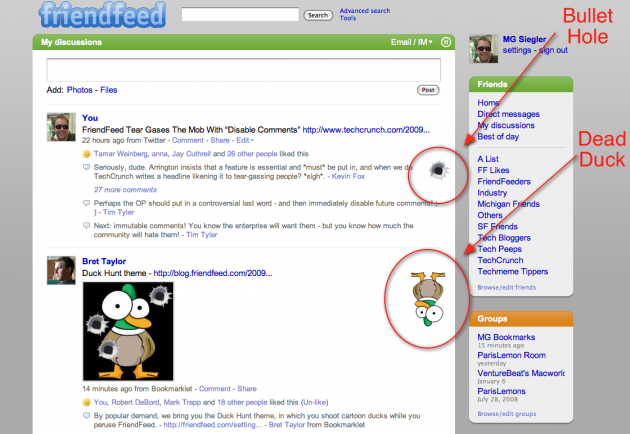