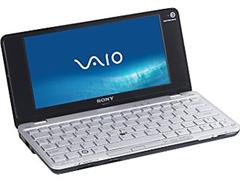 Sony’s “not-a-netbook” VAIO P series will be getting refreshed this fall, according to company officials. While details on the actual specs are scant at the moment, we can likely expect a bit more horsepower as Sony is promising significantly faster boot times over the current crop of VAIO P devices that can take almost a minute and a half to load up Windows.

Since the new line is coming in the fall, it’ll almost certainly run Windows 7. No word on a price tag yet but, knowing Sony’s penchant for premium pricing, I’d guess that it’ll likely be near the current level of $899 and up — especially since Sony will have a $500 netbook by then to fill the lower price bracket.

The new VAIO P computers are scheduled for late fall — October or November.