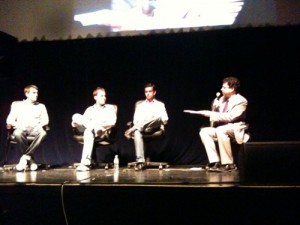 Today, at our Real-Time Stream CrunchUp conference Erick Schonfeld is sitting down with Jack Dorsey, co-founder of Twitter; Chris Cox, vice president of products at Facebook; and Bret Taylor, co-founder of FriendFeed.

ES: Jack, tell us why you decided to present the info that’s coming through Twitter as a stream of information and why is it resonating?

JD: It’s the way I’ve always been visualizing information. A stream, imagine a 911 calls a typical center gets, and those calls flowing into a stream that bubbles up makes sense. We developed it over many iterations.

ES: Facebook always had a stream element, but with the latest re-design this has been emphasized in a big way. How’s that going?

CC: Originally the site was just a bunch of profiles, wasn’t real-time. The inspiration for news feed was how you can see this curated, dynamic info around you on Facebook. The newsfeed we had before the redesign didn’t support the real-time use case.

CS: It’s all about offering the user the choice. We’re trying to give people a more granular control over the audience-

ES: FriendFeed is embracing information overload, can you talk about this? Is that the optimal UI? 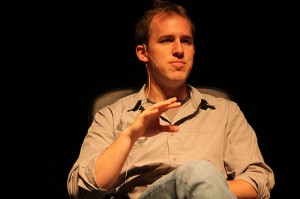 BT: Once something is shared, having those discussions in real-time does make it seem like an IM conversation. We want our comments to be quick so people feel like they are discussing around a table. All of these systems represent the modern water cooler. You can share reading/watching experience with friends and discuss it. Everyone wants to have a social aspect to all communication.

ES: What type of content/messages do people have the most likes and comments?

CC: It’s hard to generalize. Of course when there are major events or shared real world moments like Michael Jackson’s memorial, there is a peak.

ES: What’s the mix of public vs. private correspondence?

BT: The majority is public.

ES: What’s been the reaction for the redesign of Facebook?

CC: It’s important to get correct the balance between the aggregated view of whats been going on over the past day and what’s going on now. We are testing a bunch of versions of the home page. We are working on balancing the aggregated view with the real-time view. This creates a natural model for what we want to know about our friends. We want to reflect that in the product. 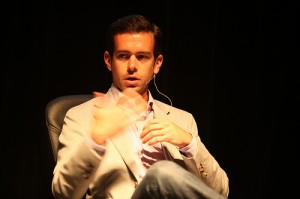 ES: The more public that data is the more valuable it is. Can you talk about that?

BT: For us that’s not the case. Some of our most devoted users use our groups functionality within their companies or project groups. A lot of our development efforts are spent to enhance that use case. At the end of the day, the public content is more accessible, but sometimes interactions can be more comfortable and open in a private setting.

BT: I don’t completely agree with that but at the end of the day the primary use case for realtime search isn’t about what everyone is saying about Michael Jackson, it’s about what my networks says.

JD: As a business, we want to foster the choice of public and private.

ES: Can you talk a little bit about the social etiquette of social networks? Especially with the monetization discussion, it’s easier to monetize the public part. Are you happy with the way you define friends vs. fans, followers vs. followees? 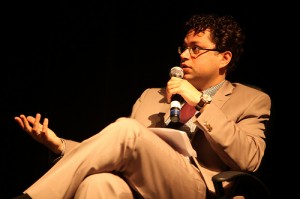 JD: Concept of what Twitter is doing really resonated with me. I like the lightness of the concept of following someone. It allows me to decide if I find value in someone’s Tweets, and if not, simply unfollow them. I don’t see myself as following people as more their updates and stream. It’s an important insight we had early one, keeping it lightweight and fresh. It comes down to minimizing interactions.

CC: Friendship original experience for Facebook, we try to set controls over interactions. The way we are trying to navigate this is to allow every user to have the choice of both.

ES: What is the platform? The firehose of the stream? How many Stream platforms can there be?

BT: Our long-term vision is that communications products should be interoperable. At end of the day, when you post that link, you want to follow wherever your friends are. Maybe move towards a model like Federation.

Question from audience: How committed are you to letting me have access to your Streams?

JD: Generally, the more access we have to real-time public info, the more that we will make available.

Question: Twitter has been suggested for a Nobel Prize. There’s the question of whether Twitter needs to be more web-like.

JD: You are seeing this concept everywhere, on the clients, mobile phones. It’s important to move past the web but retain an immediacy to the interaction. The nobel prize situation shows what value Twitter brings to people. That’s where the focus is. How do we support real-time media accessibility and transparency.