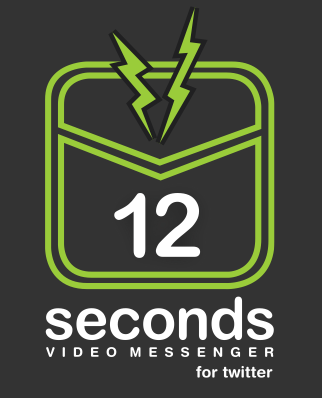 12seconds has had an iPhone app for a while now. Unfortunately, it was fairly crippled because iPhones couldn’t shoot video, so you had to take still pictures and make 12 second collages. Now, with the iPhone 3GS you can shoot video. And so 12seconds is making its app a whole lot better.

Unveiled today at our Real-Time Stream CrunchUp event, the “12seconds Video Messenger for Twitter”, is an app that’s all about sending short video messages to your friends. And while 12seconds already has a social graph of its own from its website, it understands that Twitter’s social graph is much larger — and so it’s laying this new app on top of that.

Basically, how it works is that you record a video and then select the friend (or friends) you wish to send it to. This friend is then sent a direct message through Twitter with a link to the video. Or if they have the app also, it comes in through there. This is different than a lot of the current Twitter video offerings out there in that it has a main focus on messaging between smaller groups of people rather than the public, though you can do that too. And this app utilizes the iPhone 3.0 software’s new Push Notifications to let you know when you have a new video to view.

12seconds undoubtedly hopes to make use of the new iPhone 3.1 SDK that was just released to developers. It is rumored to have some subtle changes to the way it allows apps to handle video.

And while Twitter is the key social graph that 12seconds is targeting with this app, it will eventually roll integration with other social networks as well, including the big one, Facebook.

The app should be available soon in the App Store. 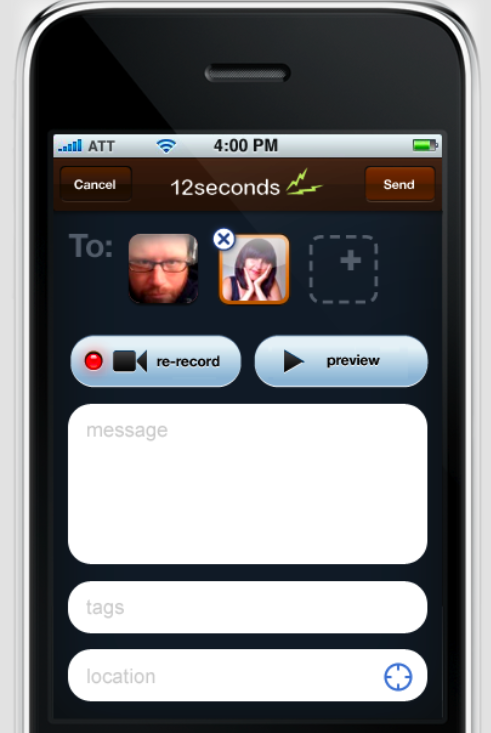