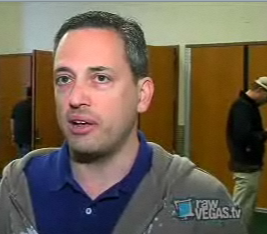 So, as you may have seen yesterday, Yammer founder David Sacks is still alive in the World Series of Poker. In fact, he has to miss our events tomorrow because of it. But you know, there’s something that we’re missing today — Yammer.

The service has been down for a few hours now, with no signs of coming back up. Twitter is abuzz with the failure.

So while Sacks is busy playing Poker (okay, he’s actually working today, but still), leaving comments on our blog posts, and Twittering, his startup (which we love and use everyday, by the way) is suffering. Hope you win that gold bracelet, David!

Update: It’s definitely a hardware and not a software issue, we’re told. They’re still looking into the issue.

Update 2: After several hours, it looks like Yammer is finally coming back online. Our icons still aren’t working, but messages are going through.

Yammer experienced a rare networking hardware failure which temporarily made the site unavailable. No data was lost. The site is back up, and access to user photos has been restored.

As your article notes (despite the headline), I was in the office working all day. This is clearly a plot by Arrington to put me on tilt for tomorrow.

Here’s a video of Sacks and Jason Calacanis talking poker and their bet:

Watch Internet CEOs Play Poker at the 2009 WSOP on RawVegas.tv