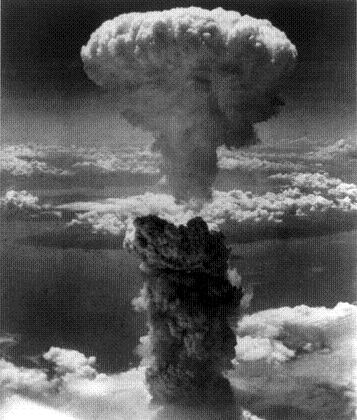 With so much being said about Google’s new Chrome OS being a direct attack on Microsoft, naturally some of the gaze is now going to shift towards what it means for Apple, which makes the second most popular OS in the world. Here’s what it means — For its products, very, very little. For its board of directors, potentially a lot more.

While some have already talked about this a bit, I think main points have been missed. First, the obvious point: When Chrome OS launches next year it will be aimed directly at a market Apple is not in: Netbooks. Yes, Apple is likely to launch a tablet computer of some kind in the future, maybe next year, but that is not a netbook. That will be a touchscreen device that will undoubtedly run some kind of special flavor of the iPhone OS or OS X or a combination of the two. And I would bet that it will have stand-alone apps like the iPhone. That is not what Chrome OS is about.

Secondly, while Google’s long term plan for Chrome OS is obviously to expand beyond the netbook realm and into more traditional PCs, that once again is unlikely to affect Apple. Apple makes computers that sell at high margins. This makes them expensive compared to some PCs, as has been talked about a lot recently thanks to Microsoft’s ad campaigns. Even now, in just about the worst economy we’re ever likely to see, Apple hasn’t changed this too much. Apple customers pay this premium because they think the melding of great hardware with Apple’s solid software (OS X and iLife) is worth it over a Windows-based machine.

Chrome OS will directly appeal to those users who want out of the Windows environment but don’t want to pay the Apple premium. That is to say, it will appeal to the lower end of the market, which again, Apple doesn’t participate in.

Third, while Apple clearly is committed to Mac OS X right now, remember that it first and foremost makes its money off of hardware sales. This is the opposite of Microsoft. During WWDC this year, Apple kind of danced around a key statistic: that the iPhone OS is quickly taking over as the dominant OS X version. If Apple can get out of its AT&T exclusivity in the U.S. (which I’d bet will happen next year) and do things like expand to China (which I bet will happen later this year or early next year), the sky is the limit for where that OS can go. Apple could well be more of a mobile company (iPhone and tablet) in a few years than a traditional computer company.

A lot of people may not like to hear that, but it’s true. The trends don’t lie. And there’s a reason Apple dropped the “Computer” from its name in 2007.

And Google Chrome OS is not a mobile OS, that’s Android. Assuming it can get on more devices, Android should be more of a direct competitor to OS X (I didn’t say Mac OS X) over the next decade than Chrome OS will be.

Still, there are some good points to be made about the relationship now between Apple and Google. As Anthony Ha of VentureBeat wrote last night, this move may mean the end of Google CEO Eric Schmidt on Apple’s board of directors. (And Arthur Levinson too, the Genentech CEO who currently resides on both Apple and Google’s boards). When the FTC was looking into Schmidt and Levinson’s roles on both boards as a possible antitrust violation back in May, we wrote that we thought it was just a shot across Google’s bow, and unlikely to force Schmidt to leave Apple’s board. He didn’t. 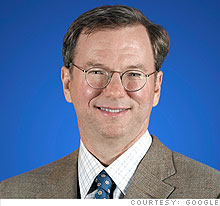 But Google getting into the OS business makes things decidedly more murky, even if the two OSes (Chrome OS and OS X) aren’t likely to have much effect on each other. Schmidt already has to excuse himself in Apple board meetings when the iPhone is talked about. Now he may have to do the same when OS X comes up. That leaves the question of just how much is there left to talk about at the board meetings when both Schmidt and Levinson are in the room?

Even though they’re probably not likely to understand too much about Google’s actual plans with Chrome OS, you can bet the government is quickly going to take a hard look at this relationship again. And that could well force at least Schmidt, and probably Levinson, to step down in the near future.

And while Apple may not like that since both are seasoned execs who undoubtedly provide a lot of insight in the board meetings, it will be fine. And that just makes more room for COO Tim Cook to possibly join the board.

As for Chrome OS and OS X themselves, I wouldn’t waste too much time thinking about it. While it will take several years for this all to play out, this is a direct attack by Google on Microsoft’s core. It’s perhaps the most bold move in a series of battles currently raging between the two (Android vs. Windows Mobile, Bing vs. Google Search, Google Docs vs. Office, etc). This is all about Microsoft, and not about Apple. And I don’t think Apple is losing any sleep at night over Google attacking what is also its rival.