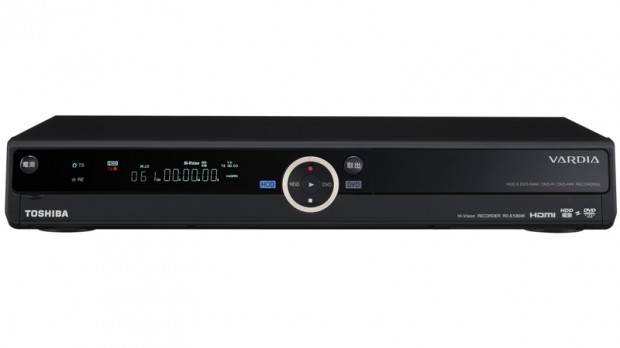 After losing the format war against Sony, Toshiba is yet to produce Blu-ray hardware, but at least they keep on rolling out DVD hardware in their VARDIA series. The company yesterday announced two new HDD/DVD recorders for the Japanese market [JP].

One model features a 320GB HDD (RD-E304K), while the other boasts a 1TB hard disk (RD-E1004K/pictured above). Both recorders feature a super-slim body (253mm) and come with one HDMI and one LAN port.