From the “rearranging the deck chairs on the Titanic file”: The new MySpace exec team has promised changes (“we have…laid the groundwork for an exciting new chapter of innovation for MySpace”) . And they’re delivering. A couple of hours ago they changed the MySpace logo. No longer does it say “MySpace.com – A Place For Friends.” Now it simply says MySpace. The old logo is below.

We’ve confirmed that the change just occurred this evening, although MySpace PR is as usual not responding. They refuse to confirm that the logo is new, or say why they changed it. It sure is absurd to have a conversation that goes something like “So it looks like you’ve changed your logo this evening? No Comment. Uh huh. Ok, so any official reason why you changed it? No comment.” Trade secrets, I guess. And heck, I’m just happy someone still works there to pick up the phone.

MySpace is also on the warpath to get more users. At login they now strongly suggest you log into your email and invite friends (hopefully they’ll avoid turning this too spammy). And they’ve also added the “people you may know” feature as a widget to all logged in profile pages.

We’re also hearing that MySpace will be removing some of the ugliest ad units that adorn the site today. Whether that’s an effort to clean up the user interface or simply a sign of slowing ad sales, we’ll probably never know. 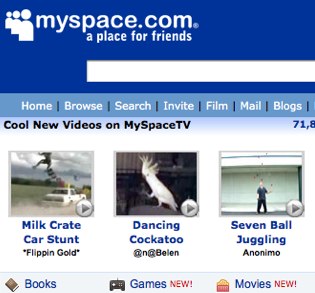 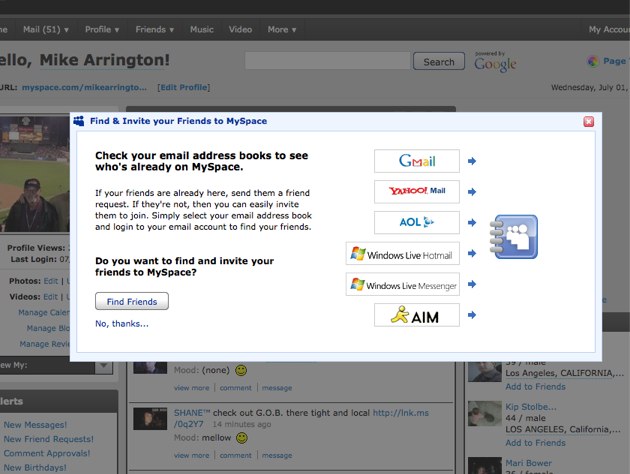 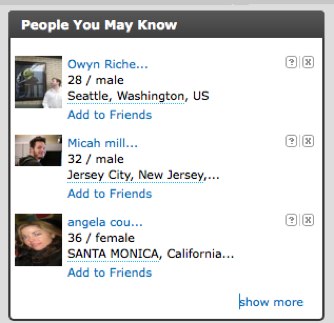