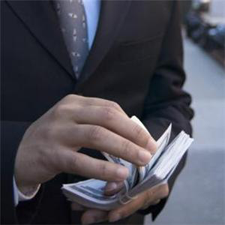 They may be mysterious and perhaps even a bit shady, but secondary equity markets, which allow employees to sell off their shares to other buyers, are quickly heating up. Because of the rarity of IPOs and acquisitions in the startup world these days, early employees and founders are becoming increasingly anxious to convert some of their shares into cash (one need look no further than reports of employees selling Facebook stock at relatively low prices for proof).

Unfortunately, because these markets are trading shares of private companies, buyers and sellers are often left in the dark as to the worth of their stock. SharesPost, a private equity market that’s currently operating in public beta, is looking to help: the site has launched a publication platform for analyst reports meant to complement its equity market. And it’s offering a free two month membership to TechCrunch readers, which you can sign up for here.

As a teaser for what’s available on the platform, the site has shared two valuation reports on some of the world’s biggest social networks: Facebook and LinkedIn. You’ll want to check out the full reports here and here to read the full analysis and methodology (you may have to register).

Facebook
The report concludes that Facebook has an approximate valuation of between $3.1 billion and $6 billion, using three different methods of analysis. This is in line with the recent price we’ve been hearing on the secondary market, which pegged the valuation at around $3 billion. But it’s well short of the $10 billion valuation Facebook earned with its most recent funding round. 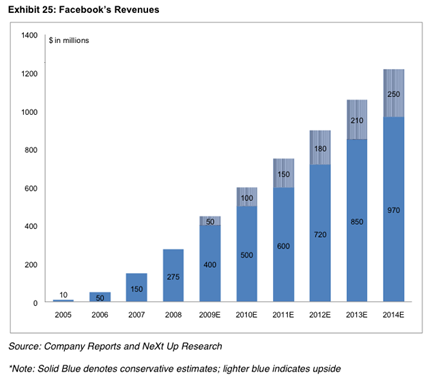 Using a steady-state growth valuation, which examines Facebook’s main revenue streams including advertising and virtual gifts, and extrapolating growth rates to the year 2013, the report estimates that Facebook is worth between $4.301B (Bull) and $3.253B (Bear) using a 25x market multiple and normalized net margins of 25%. These valuations are largely subject to how much revenue Facebook will generate in the future: the Bullish prediction projects that Facebook will pass $1 billion in revenues by 2013, while the Bear case predicts $800 million for the same year, using a weighted average cost of capital of 15%.

Likewise, using another method that guages Facebook’s value based on the performance and valuation of other companies in the tech space, the report estimates that Facebook should be worth $4.2B.

The report discounts the $10 billion valuation of Facebook from the recent Digital Sky Technologies investment, citing the fact that this price was for preferred shares. Instead, the report says we should pay more attention to the common stock valuation: DST offered to buy an additional $100 million of common stock valued at an estimated $6 billion, though the transaction has not yet been made.

LinkedIn
Another report uses similar methodology to measure the value of professional social network LinkedIn, concluding that the company is worth around $1.4-$1.6 billion. This is in line with the company’s $1 billion valuation from its funding round a year ago. 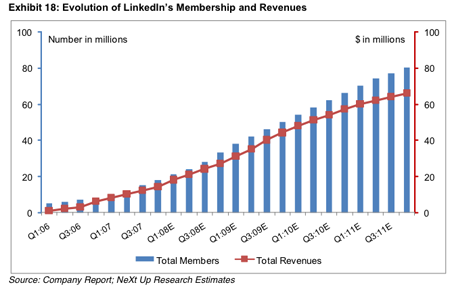 Using a steady-state growth valuation, the report projects that LinkedIn should be valued between $1.64B and $1.42B. Again, this is very dependent on revenue predictions: the Bull cases estimates that LinkedIn will have revenues of $460 million by 2014, while the Bear case uses $380 million for the same year.

As with the Facebook study, the LinkedIn report uses the Bebo acqusition to generate a valuation (which I doubt is particularly accurate given the very different natures of the sites). By this metric, LinkedIn’s projected revenue of $210 million for 2010 would yield a valuation of $1.49 billion.

SharesPost will continue to offer other reports submitted by third party firms in its marketplace. Of course, the majority of these research reports will not have had access to the actual numbers driving these private companies, so all analysis has to be taken with a grain of salt. No matter how detailed a report is, if its original assumptions about a company’s revenue prospects are off the mark, then any subsequent numbers will be too. That said, these reports are certainly better than nothing — even if the absolute numbers may be incorrect, the logic is usually sound.