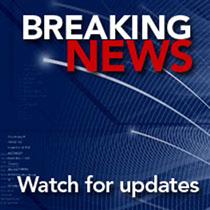 Michael Jackson’s unfortunate passing is a sad event on many levels, and a moment to reflect upon the man’s rich life and career as well as a time to pass support – silent or loud – onto his family, friends and everyone who needs it now that the King of Pop has ceased to be.

For us here at TechCrunch, it’s also an opportunity to take a look at how media, old and new alike, handle news reporting and distribution in this day and age (as well as a sneak peek at how it’ll likely evolve in the near future).

Like many others, I had Twitter open in one of my browser tabs when the first reports of Jackson’s hospitalization and at the time rumored cardiac arrest started circulating. At first, there was no indication that the news had been confirmed by anyone and people were just frantically retweeting messages carrying lots of question marks while trying to find an online news source to serve as a beacon for further updates on the story. Quickly enough, people started linking to AOL’s online gossip powerhouse TMZ, which was the first to call out his passing away when everyone else was still referencing the hospitalization part.

Granted, TMZ may well not be the most credible source in the world (quick, which one is?) and there’s a possibility they just went with the story of Jackson dying as fact before it really was, but all that doesn’t matter anymore now. They called it first, and they got it right. We soon learned that, despite the fact many news blogs and sites were struggling to keep up with all the massive influx of people looking for more digital reports.

For a visualization of Twitter trending topics as they evolved in real-time, check out this video, courtesy of TwitScoop.

So TMZ broke the news and Twitter was red hot with all the chatter about it, approximately 40 minutes before the L.A. Times followed up with a confirmation of Jackson’s death on one of its blogs, citing its own sources. Not really that big a deal, but people did see the LAT follow-up as a more credible confirmation of what everyone was assuming already, which is fine, even if some of them minutes before couldn’t stop bashing TMZ over the so-called rumor-mongering they displayed.

But noteworthy, and somewhat disturbing in my view: most mainstream media who followed up on the story after these two outlets were mostly regurgitating and filtering what the two blogs had reported before them, more often than not without proper credit or attribution, let alone a link. Some of them, like NY Times blog Bits acknowledged Twitter to be the place to be for watercooler-type chatter about the events, yet practically none of them dared admit that blogs and Twitter had simply been quicker with spreading the facts than they were (and yes, we realize using both as a source for rock-solid news can be quite dangerous too, but that’s beside the point in this case).

A jaw-dropping case of being painfully out of touch with reality was to be found in this Chicago Tribune article, carrying the subtitle “TMZ leads with early details, while Los Angeles Times and AP do the heavy lifting”, in which we read nonsense like:

Gossip site TMZ.com, owned by Time Warner, was out in front with Jackson news and digital-era pipelines spread the word, as has happened before with other major celebrity news stories. But it was old media stalwarts that did the heavy lifting, with giants such as The Associated Press and the Web site of the L.A. Times, sister paper of the Chicago Tribune, reporting the fastest, most credible information on the emergency call for paramedics and ultimately his death.

Yes, I laughed out loud too. Chest-beating over old media doing the “heavy lifting” for blogs and Twitter, and being faster in reporting information than those new media when it was exactly the other way around is beyond ridiculous. TMZ was the first to report Jackson’s death, and its sources in this case proved to be as “credible” as those of any of the old-media laggards. Statements like the above are evidence of massive misunderstanding of the author – and he’ll certainly not be the only dinosaur thinking along these lines – of how the world of news distribution is evolving.

The author was also happy to find someone to back him up, this time Adam Fendelman, founder and publisher of entertainment news site HollywoodChicago.com, whose first response to his staff was when he was filled in on the news was apparently: “Are we sure?”.

Here’s what he reportedly said to the Chicago Tribune journalist:

“The Web and TV phenomenon that TMZ is is very good at fast-breaking and late-breaking news, but there’s an inherent problem with trust in the everyday consumer’s mind.”

Damn right and for the better too, but as far as I’m concerned you can replace TMZ with just about any news outlet out there, including the old big ones, who are rapidly becoming far less big and relevant.

To me, this whole thing just proves that mainstream media are justifiably freaking out with their eyes wide shut to what’s happening instead of learning and adapting to the new age of journalism.