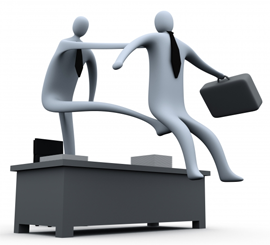 When you’ve just gotten laid off, the last thing you want to hear is that you can’t cash your last check because of one final payroll screwup. But that’s apparently exactly what’s going on over at MySpace, which laid off over 30% of its staff (or around 480 employees) earlier this month. The company has just asked many of its laid off employees to refrain from cashing their checks due to an error in calculating how much they should be receiving. Employees are getting voicemails from FIM notifying them that the company has issued a stop payment on their checks, and that they can expect an updated check next week.

This isn’t the company’s only blunder during this sensitive time. We’ve heard that that last day for the terminated MySpace employees was chaotic and poorly planned, and that the company hasn’t been very tactful regarding treatment of laid off employees. In the press release announcing the layoffs, CEO Owen Van Natta called the company “bloated”, displaying a surprising lack of respect towards the terminated workers. It gets worse: MySpace has been holding a number of meetings for staff who are still at the company, during which they’ve referred to the recently terminated employees as “fat”. Unfortunately, some of these “fatty” employees have been present at these very meetings — the company has kept a number of terminated employees onboard through the duration of their contract, creating a group of so-called “walking dead” who are being insulted to their faces. Classy.

Of course, MySpace isn’t the first company to botch their layoffs. Earlier this year Microsoft asked some of its laid off employees to send back part of their severance checks. Microsoft’s goof was perhaps more insulting because the company didn’t realize its mistake until after many employees had cashed their checks, so the company actually wanted employees to return money that was already in their bank accounts. MySpace at least caught their mistake early enough to just cancel the old checks and issue new ones, but the company’s lack of sensitivity leaves a lot to be desired.