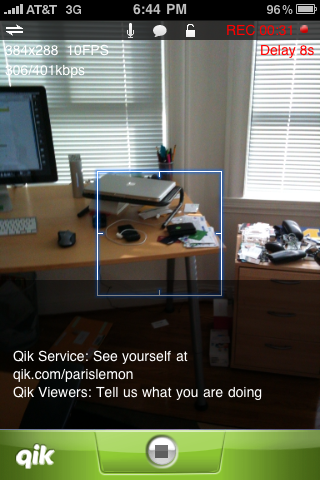 Today, we got the latest version of the live-streaming app Qik, a version that will work on the iPhone 3GS. No, we didn’t get it through the App Store, because Apple or AT&T or both still won’t allow for applications that stream live video from the device to be accepted into the store. So instead, just like before, we have to settle for the ad-hoc version, which is fine, but severely dampens the application’s potential reach.

But where the new version of Qik shines is when you get in close to something. That’s because it uses the new camera’s auto-focus feature to maintain quality up close (check out the third video below). This is a very welcome feature.

The entire app itself seems to run faster as well, no doubt thanks to the iPhone 3GS being a much faster device than the iPhone 3G was. And it can do a few other neat tricks, such as shut the camera down when Qik is open but you haven’t been streaming anything for a while (you simply tap the screen to activate it again). Another curious option appears to suggest that you can allow the app to run in the background (when the Qik app is closed). I tried that out, but couldn’t get it to work. Perhaps that feature is coming later to take advantage of the fact that Qik cannot put this app in the App Store, so it doesn’t have to play by the App Store’s rules.

The iPhone 3GS does get pretty hot when live streaming, but it did while streaming from the iPhone 3G as well, in my experience.

The bottom line is that Apple/AT&T need to allow these live-streaming apps in the store eventually. Video is the killer feature of the iPhone 3GS and live video is a key part of the market. Though I don’t think you’ll hear too many people complaining for the time being because uploads to YouTube, and using the new Kyte app are so fast (and better quality), but eventually, live video streaming from the device will be demanded.

Qik also recently released a version of its app that will work on the older iPhone 3G with the new 3.0 software that is jailbroken. 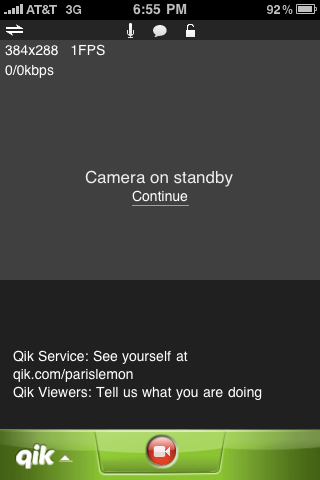 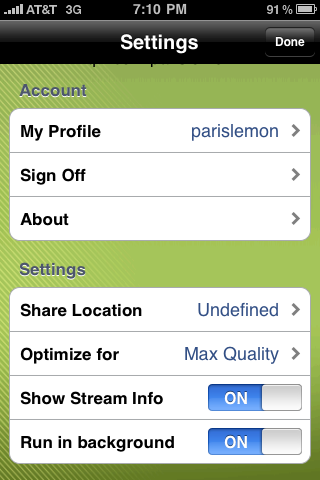