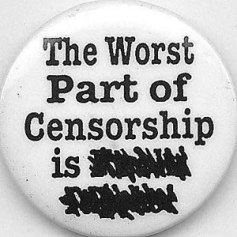 The People’s Republic of China has apparently barred its citizens from visiting a host of Google properties, including the main search engine, Google Apps, Google Reader and Gmail. A search on Twitter (preferred hashtag seems to have become #fuckgfw) reveals that many Chinese are complaining, particularly about not being able to use the search engine, although it appears Google.cn can still be reached at this point.

Can anyone actually in China confirm this in comments? As far as we can tell from using tools such as WebsitePulse, a lot of Google services are effectively blocked at this point. We’ve also cross-tested other popular US services like Yahoo, Twitter, Facebook and Bing, which appear to remain accessible for the moment.

The block of the services appears to have become apparent to users around 10 AM Eastern Time. We’ve contacted Google for comment.

Update: A person seemingly located in Xiamen, China, says Google Books, Google Talk and Image Search have also been blocked in the comment section of this post. Other services like Blog Search, Translate, Maps and Analytics are reportedly borked as well. YouTube has been blocked in the country for quite some time already.

We should note this is reminiscent of the recent blocking of Twitter and Bing in the lead-up to the anniversary of Tienanmen. CrunchGear has noted in the past that China’s censorship practices are gradually becoming more sophisticated in general.

Earlier this week, FastCompany reported that Google clashed with China over pornographic material that could possibly turn up in search results on Google’s Chinese language site. The search giant then agreed to “take all necessary steps” to ensure that this issue was resolved in due time. Perhaps they did not move quickly enough for country officials and they got shut down over this dispute?

Either way, this is a draconian measure any way you look at it.

Update 2: 11:05 AM Eastern time – reports are coming in saying that access to some Google services have been restored 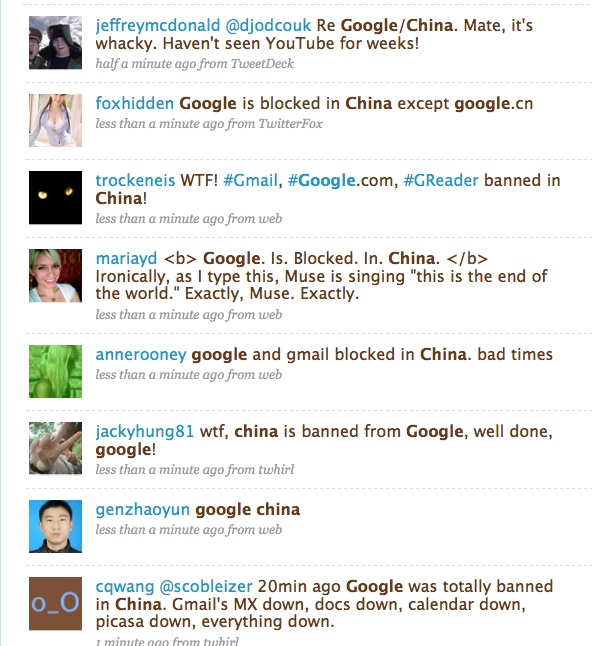