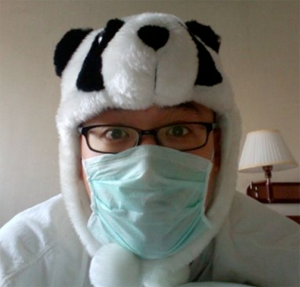 After a whirlwind tour of East Asia with GeeksOnAPlane (see my assessment posts for China and Japan here and here), I’m back in the states and almost fully recovered from a potent bout of jet lag. I’m not complaining, however, since several other members of our group came down with a nasty stomach flu on the return flight. And one member, Mike Su of Break Media, actually got picked up by the Chinese authorities in Beijing on suspicion of swine flu, only to be stuck in quarantine for five days before getting cleared and released.

Mike, who had skipped the Tokyo leg of the trip and joined us in Beijing only a couple of days earlier, took his poorly timed incarceration in stride. Since he needed no real medical attention whatsoever (the officials nabbed him because he had sat two rows away from someone on the plane over who indeed carried swine flu), Mike was left to sit alone in a hotel room for days on end with just his thoughts and a computer. Finding nothing else meaningful to do, he decided to blog his entire experience for the rest of us to enjoy.

The result is a set of some pretty amusing and informative posts about what it’s like to experience Chinese quarantine. Welcome to Hotel Quarantine will start you off with the back story, while The Seven People You’ll Meet In Hotel Quarantine is the post that should stand the test of time.

Most relevant to the TechCrunch audience, however, is the second-to-last piece, Quarantine 2.0, where Mike reflects on how social media helped make his time in quarantine bearable. He describes how he was able to use Twitter to interact with the outside world and live vicariously through the rest of the GeeksOnAPlane group. Skype and other live streaming services helped him tap remotely into the events we were attending. And blogging, of course, helped him pass the time and ensure that his experience wasn’t for naught. 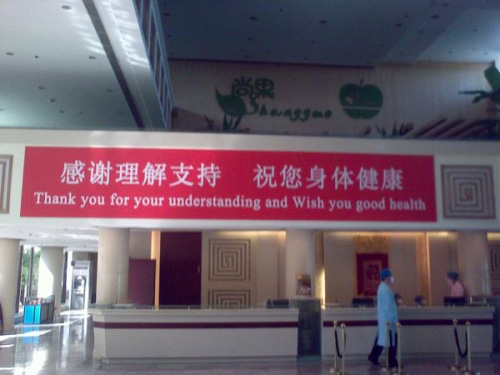 Kris Krug, who spoke at a TEDx event in Shanghai on Monday, noted that these days “If you don’t stick it on the Internet, it didn’t happen”. For Mike, that didn’t sound like hyperbole, since no one could share his memories unless he published them online. As he put it, “[It’s] not that social media replaces or reduces the need for human interaction, but when you’re forced into a situation that specifically prevents human interaction, social media becomes your best alternative.” Well put, I think, and a good counter-argument to the idea that social media is a waste of time and ironically anti-social. Not that most of us live in a quarantine-like environment, but it’s important to step back and see just how much better we’re able to connect with other people through space and time these days, even compared to 5 years ago.

The most inspirational part of his post comes as an update:

Been thinking about all this more throughout the day. It’s hard to imagine five years from now that we’ll look back at this and think how primitive it was and how much things have changed. But in the meantime, how cool is it to live in a time with so much change, and so many things left yet to be discovered? I’m leaving this quarantine more excited than ever that I get to work in web technology, and to think, no matter how mundane something such as “What are you doing?”, or a video of this kid starting a dance party is, we are changing the way we live our lives, and that’s pretty cool.

Hear, hear. Let’s hope Mike will join GeeksOnAPlane for the full tour when it travels next to Latin America or some other region, with or without a high sensitivity to transmittable illness.