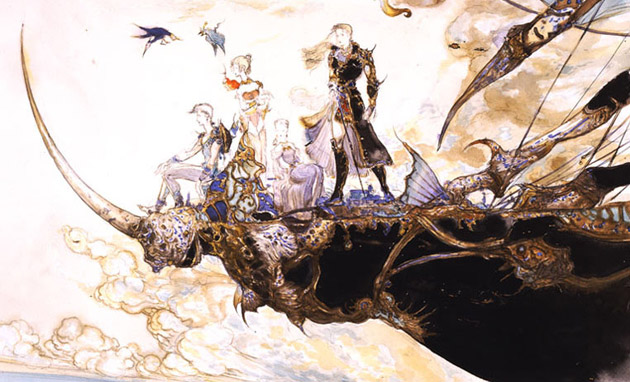 Final Fantasy XIII is our white whale. We’ll follow it and follow it until it drives us crazy. Today’s news: the Xbox 360 version of the game has only been in development for two months. Spring 2010, you say?

Up to the trial demo version that was released [in April] in Japan, [FFXIII] was PS3-only in terms of development… The Xbox 360 version is definitely following after the PS3 version, but [we] were finally able to come to a point in the PS3 development where some of the staff could take their hands off and start programming the 360 version.

Now, the engine that powers Final Fantasy XIII, Crystal Tools, is multi-platform, so porting from PS3 to Xbox 360 isn’t as hard as it could be.

Let’s all place bets on bwin.com: What will comes first, flying cars or Final Fantasy XIII?

And yes, I am aware that that picture has nothing to do with FFXIII, but I’m tired of using the same picture of Lightning for these posts. Amano artwork from here on out.