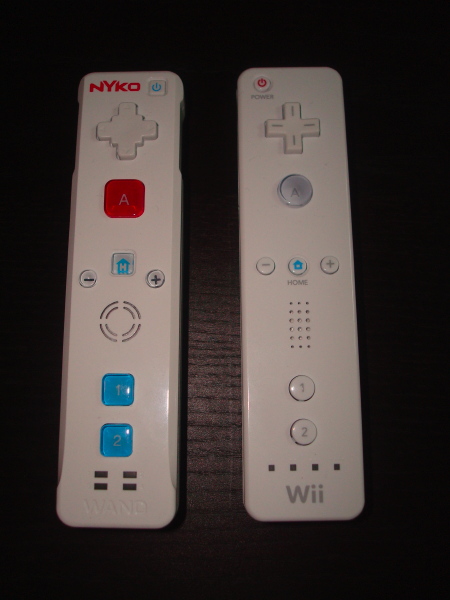 If you’re looking for a second, third or even fourth Wiimote for your Wii then allow me to suggest picking up Nyko’s Wand. It’s priced $5 less than Nintendo’s Wii Remote and you’ll never know the difference when playing with your Wii Wii. It even comes with a blue condom!

With larger buttons and a rubberized grip, the Wand is far superior to the Wii Remote offering better control and a colorful button layout so you don’t have to hunt and peck. Maybe it’s just me, but the tiny white buttons with even tinier font on the Wii Remote confuse the heck out of me. That or I just don’t play my Wii enough.

I was a bit apprehensive about the D-pad on the Wand, but I found my Klonoa gaming skills were much improved thanks to the larger button configuration. The rubberized backside and B-trigger made it much easier to hang onto the Wand without using the blue condom that Nyko provides.

Overall, I’m more than happy with the Nyko Wand and recommend it to anyone looking for additional Wii Remotes for the Wii. You won’t notice a difference, I can guarantee it.