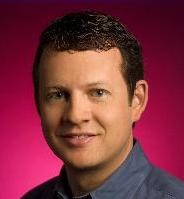 At Google, Badros was in charge of the AdSense engineering team from its formative years in 2004, through when it exploded in popularity with billions of dollars in revenues. He has also led the Google Calendar, Google Reader and Gmail teams. Since March 2009, he has led the Application Platform group. But it’s the AdSense experience that is particularly interesting here, as Facebook is attempting to better monetize its service.

Badros will report to Mike Schroepfer, who Facebook hired from Mozilla in July of last year. Schroepfer is the VP of engineering.

Before Google, Badros worked at Go2Net which was later acquired by InfoSpace. He served as the Chief Technical Architect at both companies. His Google profile doesn’t reveal much about him, other than the schools he attended, and his blog — which he infrequently posts on.

“Greg Badros has joined Facebook as a director of engineering, reporting to Mike Schroepfer. Greg is one of the most accomplished engineering talents at Google, and it’s wonderful that he has decided to bring these talents to Facebook and take on numerous responsibilities across the engineering organization.”