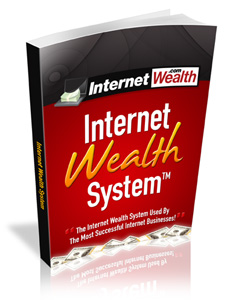 Considering the economic crisis and the associated losses of wealth experienced by many of the richest individuals on the planet, it may not be the best of times to auction off a domain name like Wealth.com. On the other hand, that might be exactly the reason why TheInternetCompany suddenly felt the need to do so, and I’m sure it doesn’t hurt that many people are now re-evaluating their approach to wealth management and searching for alternative ways for financing online.

The generic six-letter domain name has been under the company’s ownership since 1996 and will be auctioned off privately at the end of this month in collaboration with secondary domain marketplace Sedo. The auction will be held on June 25, although bidders must be pre-qualified by June 15.

“Although we have had several attractive offers for the name over the years, we believe that now is the right time to monetize this asset and that an auction, rather than a traditional sale, is the best strategy.”

Funny enough, I did a simple search and found out that this is not exactly the first time TheInternetCompany has put the domain name up for auction, something that was not mentioned in the news release: Wealth.com was up for sale at least once before, back in July 2007. I wonder if this time the private auction will result in an actual sale and how much it will be valued at.

Update: as a commenter and this WSJ blog post points out, the starting bid is $2.9 million. Seems to me that this is a bit high as a starting point, but I can imagine a lot of financial organization and media companies would still be interested in owning it at that price.