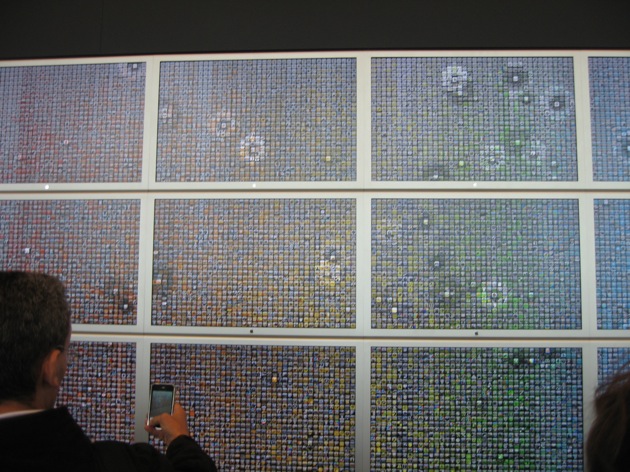 Today at Apple’s WWDC event in San Francisco, Apple had a bunch of Cinema Display monitors mounted together on a wall showing what looked to be some sort of pulsating canvas. But a closer look revealed that it was actually a huge collection of icons for many of the apps available in the App Store, arranged by color. Apparently, when someone purchased one, that app’s icon would pulsate, creating the effect.

While it wasn’t quite real-time, nor was it entirely representative of all the more than 50,000 apps in the App Store, the visualization was pretty damn cool. Prettier than the Google Holodeck and it gave off less heat. Not surprisingly, onlookers were mesmerized by the pulsating apps.

Check out the pictures below and watch the video. It reminded me a bit of the lines of code falling down that the crew of the Nebuchadnezzar would see when trying to look into the The Matrix — only with fart apps. 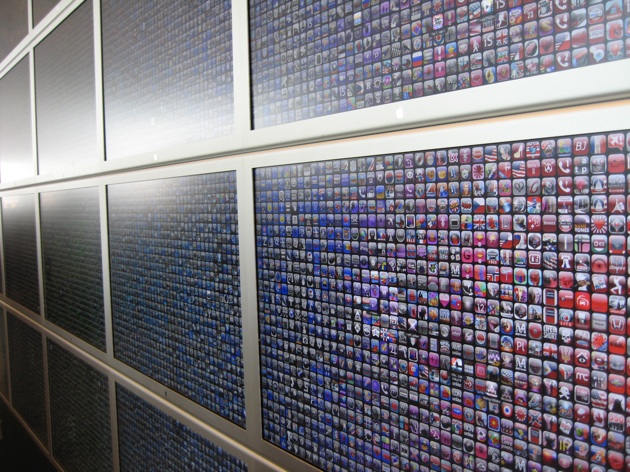 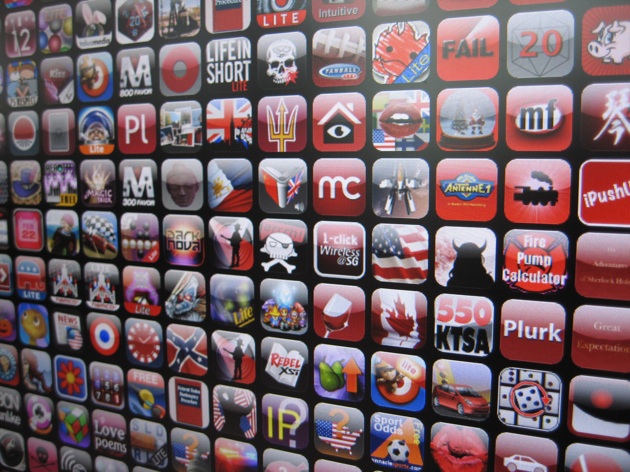