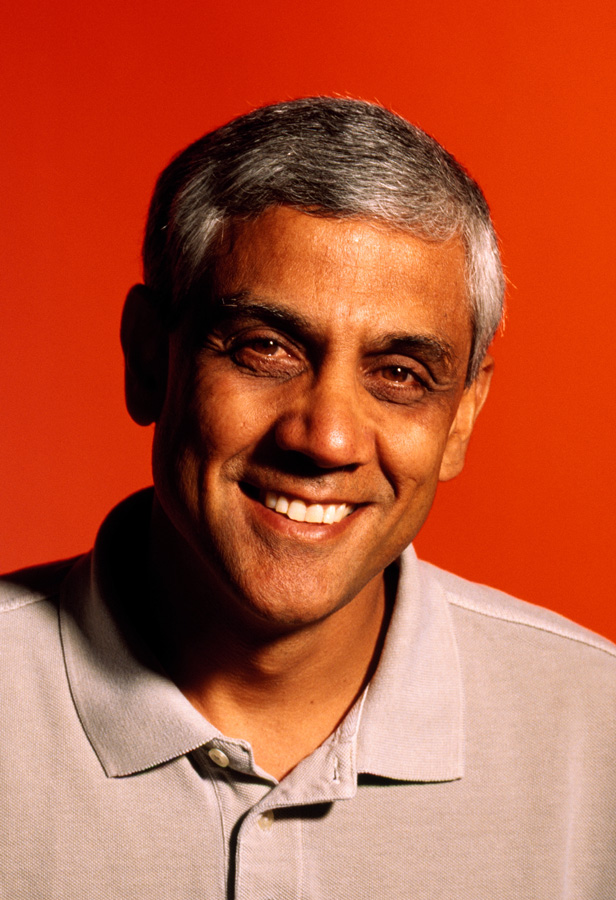 I haven’t been much of a cleantech bull in the past, at least when it comes to venture capital investing. I think it’s a huge market, and there’s clearly a pressing social need. I just don’t quite think the science, government cooperation and economics are there yet for it to be a great opportunity for classic venture investing.

Sure there’s low-hanging fruit, and the outliers like Elon Musk who had the cojones to invest $70 million of his own money into building an electric car company. But a huge boom producing several multi-billion winners? Not yet, IMHO.

But Vinod Khosla greatly disagrees with me, and, frankly, you should listen to him, because he’s a lot smarter. That came across last week during a rare-sit down with Khosla, the famed venture investor and Sun Microsystems co-founder. It was for my Yahoo show, TechTicker, and I’d lobbied—nay, harassed—Khosla and his poor assistant for about eight months to get the meeting.

I’d initially intended to talk a lot about investing in India, since I’m going there in November, and it’s a cause close to Khosla’s heart. But we spent most the time talking about cleantech. Khosla Ventures arguably has the largest cleantech portfolio in the business. I counted more than 30 companies from the Web site alone. And, in many cases these are ambitious, science-heavy, swing-for-the-fences type plays. He is one of the only VCs I know who likes to do “science projects” – usually that’s a derogatory term in the industry, even for biotech VCs.

Here’s a link to our segment where Khosla explains why he believes ethanol—not hybrids and plug ins—are the answer to getting us off oil for good and here’s a link to the broader segment we did where he rebuts all my arguments about why cleantech won’t be the next big driver of Valley returns. He says that “clearly” ten Googles will be created from this opportunity, because it’s not really about solar, wind or biofuels, it’s about totally re-architecting the infrastructure of society.

Sounds ambitious, huh? I’m still not sure about cleantech as the next big Valley wave, but that ambition was what I liked about Khosla. Because I just don’t hear enough ambitious investment ideas these days in the Valley. Facebook apps, Twitter apps and iPhone apps are all great for consumers and for developers who want nice thriving businesses. And certainly, they’re great for Facebook, Twitter and Apple. But with the possible exceptions of Slide, Zynga and one or two others, they’re not the next companies that are going to drive the economy of Silicon Valley, mint millionaires, generate fees to support all those attorneys and accountants, and of course generate enough returns so that institutions want to keep investing in this asset class.

The fact that Facebook is considered risky scares me a little for the future of the Valley. This is a company that’s not necessarily doing something new; social networks have been around a while. It’s a company that mostly always been run at break-even. It’s a company that’s generating upwards of $500 million in revenue a year without really “figuring out” its business model. It’s a company that has no problem still raising money at nosebleed valuations. And most importantly, it’s still growing in almost every user metric that matters. That is not a particularly risky start-up.

Guess what? Twitter isn’t either. If you can’t look at the growth and usage patterns on Twitter and come up with several ideas to monetize it, you’re not very creative. Google built a great monetization engine because it knew intent—in other words, what you were searching for. Twitter knows way more about what’s going on at your head at any given moment, and that’s ripe for advertising and premium research/customer service products for companies. Is it a slam-dunk? Of course not. The crew still needs to execute, and the Twitter natives are getting restless to see some new features. But it’s all execution risk at this point, I’d argue.

Compare that to a company that’s making liquid biofuels out of bark or switchgrass. Khosla spoke right to this fact in the third segment of our interview, which I’ve embedded below. I started out by asking him if he’d turned his back on IT, which is after all where he made his fame and fortune. He gave a few examples of investments he’d snapped up in seemingly “over-invested areas.” One strong one was Aliph, the company who makes the Jawbone. It did $500k in 2006 to $140 million in 2008, and it’s still growing amid the downturn. (He says this at the 2:15 mark below.)