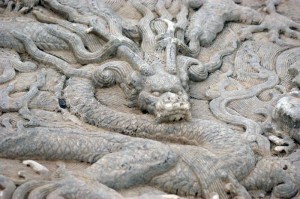 Since I got home from China last week, I’ve found myself in a lot of conversations where phrases like “the next Silicon Valley,” or “just like Silicon Valley used to be,” keep coming up. But while China is swimming in capital and littered with start-ups, I’m going to argue it’s not the next Silicon Valley. In fact, it’s something far different than I’ve ever seen before.

If you think about it, Silicon Valley doesnt really move as fast as people say it does. Sure, the rest of the U.S. business world may feel out-lapped by the pattern of companies going from nothing to billions in a few years, but those start-ups are mostly the outliers. For every wunderkind smirking on the cover of a magazine, there are far more entrepreneurs who slogged away for thirty years before ever getting their Nasdaq moments. And there are even more who slogged away for longer and didnt.

And even the breakout Googles and Facebooks of the Valley had the clear benefit of building their companies on top of decades of infrastructure build-out. I mean infrastructure in the sense of technology infrastructurethe chips, routers, open source stack, etc. but I also mean it in the sense of Valley infrastructure that makes it possible to come up with an idea at breakfast and have a company by noon. Its taken decades of continual boom-and-bust cycles to create the complex fabric of venture capitalists, angel investors, lawyers, term sheets, accounting methods and best practices that a newby entrepreneur waltzing in the Valley today has the luxury of taking for granted.

What makes China so staggering is that everything that happened to corporate America over decadesthink the television and media studios build out of the 1950s, the greed of the 1980s, the dot com bubble, the build out of physical and IT infrastructure, current Web 2.0 and CleanTech innovationis all happening to China at once.

Imagine: At the same time eCommerce is getting sea legs, TV Home Shopping is also getting hot. Online ads are growing not because people are TiVoing through commercialsboth TV and online ads are growth markets at the same time. Ditto for entertainment and piracy: While Hollywood sees the Internet as a threat to its cozy legacy business, Chinas entertainment industry is just now building amid a world where piracy is already rampant. No one assumes anyone will buy a CD, so they just look for other ways to make money. The wonder of China right now isnt just the size of the market. Its the rate at which dozens of “old” and “new” economies are all maturing amid one another, and the hyper-network effects that such economic progress is having throughout the country.

As for China’s start-up ecosystem , it’s working to build its own Valley-like infrastructure, but it doesn’t have the luxury of growing it steadily over several decades. Experts say theres at least $20 billion in venture capital sloshing around the country right now. It’s probably double that if you count angels and unofficial or very local funds, says Rocky Lee of DLA Piper, a law firm that represents much of that venture money in China.

Thats why calling China merely “the next Silicon Valley” misses the singularity of whats happening there. The Valley has never been like this, and I dont say that to knock the Valley. In many ways,  our steady development has been healthier. But it’s also a lot less electric. In the next ten years or so way more money will be lost amid the China chaos, but I’m betting way more money will be made too.

It reminds me of the distinction between start-ups who develop products in parallel and those who develop them in serial. In the former, you raise a bunch of money, hire an army of coders and develop your whole vision at once. In the latter, you build one product, prove that one works and can make money, then raise more money to develop a second. Typically in a time of economic plenty and investor froth everyone pushes for parallel. When the funding and revenues get tight, the serial approach comes into vogue. Parallel is always more exciting; serial is always more rational.

Silicon Valley tends to develop start-ups in “serial waves,” if you will. There are always outliers and waves can coincide in timing like CleanTech and Web 2.0 did, but investors and entrepreneurs tend to jump on dominant high-growth bandwagons and ride them until a few billion companies come out of them and many more fail. Then they wait for the next wagon.

China, as a country, is developing in parallel. The wagons are running constantly and going in nearly every direction. It’s a time of chaos that can burn people out, but it’s also one so unique in the history of modern economics that many ambitious people cant ignore it. Thats why most transplants from the West who survive their first two years in China tend to stay for more than ten.

Given all this, China is a lot more inwardly focused than other places like Israel and Europe where start-ups have to be global from day one to have a big enough addressable market. When it comes to the Web and mobile, the biggest surprises will likely come from local, non-English speaking entrepreneurs, maybe even those outside the largest cities. They probably don’t read TechCrunch and may not even know where Silicon Valley is on a map. But that won’t matter, because their local market will necessarily develop very differently than ours.

And while China gets a rap for ripping off U.S. Web start-ups now, I think were going to start seeing U.S. start-ups copying a lot of elements of Chinese entrepreneurs business plans, whether it’s unlocking the value in virtual goods, experimenting with alternative online payment methods or developing more social forms of e-commerce, where like-minded friends shop together.

You always find the best ideas within atmospheres of constraints. Its why some of the best companies are started during recessions. Its why Israel was such a surprising hot-bed for Nasdaq IPOs in the late 1990s. And its why Chinese Web companies have come up with other ways of making money than just slapping ads on a site, because they had to.

I’ll be going back to China in October, and I’m learning Mandarin in the meantime. Because odds are the next great grinning Web coverboy may not speak English. (And for the commenters who keep complaining that India isn’t getting enough TechCrunch love, calm down! I’ll be there most of November.)