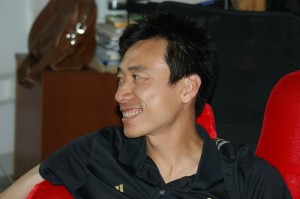 There’s one big Web 2.0 question we’ll never know the answer to: Could YouTube have survived on its own?

There are a handful of industry-changing Web 2.0 names including MySpace, Facebook, YouTube, Twitter, and LinkedIn. But unlike those other Web 2.0 behemoths who have the luxury of waiting out revenue challenges as their user base surges and the economy recovers, YouTube’s runaway success meant extremely high bandwidth costs and legal worries early on. It’s one of the only companies in that list that should have sold early while the momentum was high.

Evidence: Nearly three years after the acquisition, the mighty Google still hasn’t figured out exactly how to monetize all those eyeballs either. Industry estimates say YouTube spends half a billion or more a year in bandwidth costs. That’s not to say it was a bad acquisition, particularly considering Google’s stock currency was tantamount to monopoly money back then. But you have to wonder, if YouTube were alive today, how much more would it have been forced to raise and at what terms?

You can get an inkling by looking at the fortunes of a handful of Chinese equivalents: YouKu, Tudou, and 56.com. The three tell a lot about the Web in China. YouKu is based in Beijing, Tudou is based in Shanghai and 56.com is based in Guangzhou – and each is representative of the 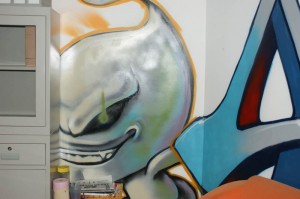 strengths of the region, according to several dozen interviews I did in China over the last two weeks. Situated at the nexus of Chinese startup culture and government influence, YouKu is widely credited as being the best at playing the startup game. Drawing off the Shanghai’s strength as a media hub, Tudou prizes self-expression as you can see by its Facebook-esque  employee-graffiti-ed walls (right). And like a lot of emerging Chinese tech powerhouses to come out of the Guangdong province, some say 56.com has the best sheer technology of the bunch.

YouKu and Tudou both claim to be the largest, while 56.com suffered from a several week government closure last June.

The three are also examples of the Chinese habit of taking something popular in the US and doing the China version. The temptation is to think ideas that worked in the U.S. plus the world’s largest Internet market equals closest thing you can get to a sure thing. But the so-called “China Factor” has been a mixed blessing for these sites. 56.com’s closure is emblematic of the challenges these companies face sitting at the crossroads of a closed China and a (more) open China, as user generated video blurs the lines of media and information and video is a powerful way of telling a story.

But that’s not the only unique “China Factor” challenge. The sheer size of the world’s largest Internet audience is sucking these companies’ coffers dry, as they work to do what YouTube couldn’t in the less developed Chinese online advertising market. The companies are literally growing too fast for their own good. As a result the number of players in the market have shrunk from 200 pure-play video sites in 2007 to about ten in 2008 and only a handful today.

Those numbers are according to Gary Wang, CEO of Tudou. (Pictured above.) It was the first to launch back in 2005 and in the first six months of business the site did half the video traffic in China. That terrified Wang and his co-founder Marc van der Chijs. Today, the site has to proactively throttle back the size of its pipeline, knowing full well it’s giving a lot of users a bad experience. But Wang doesn’t have much of a choice. He’s raised a whopping $85 million and doesn’t want to tap the markets again until his revenues are break even, and while growing, they’re not close now.

It’s a catch-22: More traffic could bring in more ad revenues, but the bandwidth costs would also be too crippling to prove out the model. “We could be five to ten times bigger if we wanted to,” he says. “It’s purely a financial decision.”

All the Chinese sites have some advantages over YouTube. Chinese Web surfers tolerate a lot of ads and bling online and, with more limited media options, they tend to watch clips for longer. That means they won’t necessarily balk at pre-rolls. Tudou has five-second pre-rolls, and YouKu has 15-second pre-rolls. And while a lot of haters like to call the sites nothing more than havens for pirated content, that’s not exactly verboten in China the way it is in the U.S., so there’s not the same legal threat for now.

The battle may be going on half-way around the world, but it has all the makings of a Valley-LA grudge match. Most of the people I met in Shanghai argued why Tudou was stronger, while those in Beijing argued YouKu had the edge. A few even said that 56.com’s tech advantage and content partners like Disney could make it a compelling dark horse.

But all three should probably worry less about each other and more about someone winning. Because that’s the big fear of most people who live in China and love the sites: That the fire hose of traffic kills them before online ads catch up. And then it’s back to those pirated DVD shops for everyone.