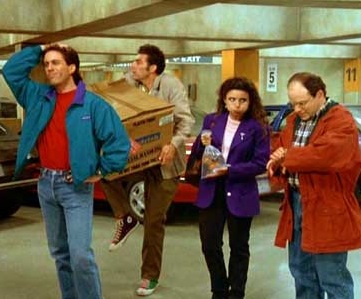 For a service that is all about concise messaging, it’s humorous how the manner in which Twitter writes its blog posts is anything but. For the second time in as many days, we have yet another post today about the supposed Twitter TV show. This one is a clarification of the clarification from yesterday. It’s similar to how Twitter needed no less than 4 blog posts on one topic a few weeks ago to explain something (the changing of the @replies).

Here’s what the latest says: Twitter is not making a TV show. Instead, some “Hollywood folks” are, but Twitter has “little to do with their efforts but we wish them success,” Twitter co-founder Biz Stone clarifies. Of course, this is exactly what he said yesterday, as I outlined, but he said it in a very indirect way. So now we get a second post. The problem is that a massive number of Twitter users are still tweeting out that Twitter is basically developing its own show. The power of the retweet is keeping this story going. And now even CNN is covering super-celeb-user Ashton Kutcher threatening to boycott if they go through with it.

So let’s be clear once again:

What Twitter is doing: Lending its support and probably branding to at least one television show produced by Reveille and Brillstein. Others are in the works as well.

What Twitter is not doing: Making its own show, starring anyone from Twitter, or really distracting it from anything else it’s working on.

Why this matters: First and foremost, this is a business deal. And Twitter will make money from this — though it doesn’t state that. Long term though, Twitter thinks its platform can be leveraged beyond web applications, and can be the backbone of entertainment experiences, among other things. Basically, Twitter is thinking of itself as a new communication medium (which has been noted several times in the past) and a TV show totally built around Twitter is an interesting step in proving/disproving that with the mainstream public.

That is all. At least until the inevitable post tomorrow further clarifying the situation.